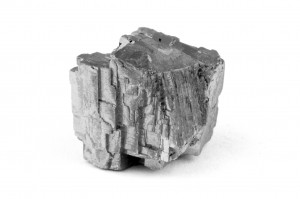 A 7.8% reduction in global lead mine production, compared to the first 10 months of 2015, was also of note and attributed mostly to lower output in China, India and Australia.

The ILZSG report states: “A sharp fall in Chinese refined lead metal output was partially balanced by increases in Australia, Kazakhstan, the Republic of Korea and the United States resulting in an overall global reduction of 1.1%.”

Meanwhile, refined lead metal usage grew 9.8% in Europe due to Germany, Poland, Italy and the U.K. posting increases. However, in China, demand fell by that same number and in the US, demand stayed flat.

The report stated that Chinese lead imports contained in lead concentrates fell 22.4% compared to the first 10 months of 2015.

Industrial Metals on a Bull Run

Although the latest report on lead has supply exceeding demand, the story for industrial metals in 2016 has been one dominated by the bull. Our own Raul de Frutos recently wrote of this market and suggested buying tips for those sourcing metal in this market:

“In a bull market, sometimes prices rally and it’s risky to buy at those levels because prices could pull back simply due to profit taking. A good opportunity to time your purchase is when prices correct or pull back and then momentum picks up again. That signals that buyers are again back in control and prices are likely to move higher.”