Lithium Supply: A Battery and Electric Car Feast or Famine? 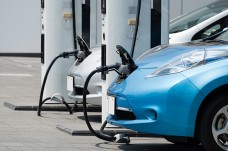 About a year ago I was interviewed by a columnist from a leading economic newspaper about the prospects for the lithium market.

The gist of the article was the question of will lithium demand from electric vehicles unsustainably drive up prices due to supply shortages? I said no. I expected the market to rise as demand increased, but that there was no shortage of lithium in the world and supply would rise in response to price increases and demand.

Well, the paper went on to report that supply shortages would constrain the market and the lithium price was set to boom. That’s okay. I don’t expect everyone to take my advice as gospel and, to some extent, you could say the author was right, the price has risen as this graph from CRU illustrates. 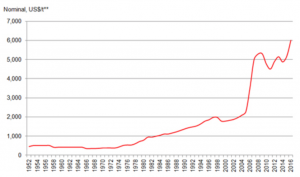 But the same CRU article goes on to explain that to every price rise there is a response. The extent to which the market responds with new capacity or expansion to existing capacities varies with the commodity, the market during the time frame involved and any number of other issues. We will come back to CRU’s modelling of the lithium market a little later but, for now, how has the lithium industry responded to this rise in demand and what effect has the rising price had?

Well, Reuters leads an article with “stampede to invest in lithium mines threatens price gains” and goes on, as the title suggests, to say a rush to invest in new and expanded mines for lithium means material will flood the market just as demand for lithium batteries is due to soar, curbing prices.

The article reports the market is on course for a global surplus next year or 2018 as miners gear up to expand output — overwhelming demand increases from electric cars. Rechargeable batteries such as those used in electronics and electric vehicles accounted for 37% of global lithium demand last year, consuming 66,000 metric tons of lithium carbonate equivalent (LCE), but automotive battery demand is the sector expanding the fastest by a large margin. According to Macquarie Bank, the share of lithium demand from electric and hybrid vehicles is due to surge from 10% in 2015 to 33% by 2021.

The lithium market was caught in deficit in 2014 causing the start of the rise in prices we have seen in the last couple of years. But, as a result, funds are being raised at an unprecedented rate to invest in new mines. Back to Reuters’ world, lithium reserves are 14 million metric tons, quoting the U.S. Geological Survey, and about half of these reserves are being developed into projects.

The industry is acutely aware of the dangers, one of the market leaders, Albemarle, is quoted by the FT as saying the company has capacity to produce around 165,000 mt of lithium annually by 2021. But the global lithium market is currently around 185,000 mt per year, and Albemarle is only one of five majors. Nor are they particularly bullish about the rate of electric car pick up, a rate of growth that has been consistently overestimated in recent years. The company predicts plug-ins and electric vehicles will make up just 2% of annual sales by 2021, up from 1% currently.

Reuters cites numerous new mine expansion plans led by Albemarle who announced early this year plans to more than double its output in Chile while rival FMC Corp. said in July it wanted to triple annual output to 30,000 mt over the next several years. The biggest surge is likely to come from a rash of junior miners ramping up production at their new mines.

As a result, the global market balance is expected to tip into surplus next year according to Macquarie and CRU. “Depending on the number of projects that eventually come on stream and the ramp up that they can achieve, a market surplus may emerge that could be as large as a 30% excess above total consumption levels by 2020,” CRU’s Alex Laugharne is quoted as saying.

What Will Happen to Demand?

Back to that earlier CRU report, the firm put together three scenarios based on uptake of electric vehicles and the ramp up of new mine supply. In all models the price is set to fall, in the most optimistic for lithium investors it will peak early in the decade and fall from 2025, but in both the median and lower estimates the price falls from next year… sharply.

We have seen this so many times in the commodity industry we should not be surprised, a natural bias is to believe the current trend will continue but it often doesn’t. Over investment leads to excess supply and a price collapse, that may be good news for battery and electric car manufacturers, but it should be a note of caution for investors in junior miners and new lithium investment funds.

PREVIOUS POST:
Best of 2016: George Soros Says Next Financial Crisis Already Started
NEXT POST:
Is Down The Only Way For Gold Prices To Go in The Foreseeable Future?