Will Aluminum Experience More of the Same Investor Behavior in 2017?

Most aluminum consumers seem quite content with the range-bound behavior of the light metal over recent months.

Aluminum on the London Metal Exchange has been trading broadly between $1,700 and $1,750 per metric ton for much of the fourth quarter. Maybe not to the same extent as copper or zinc, but aluminum along with most of the base-metal sector benefited from renewed investor interest as 2016 went on. Although net long positions have been trimmed back following some recent significant deliveries into LME warehouses, the consensus remains positive regarding prices for 2017.

Fund net longs tripled during 2016, confirming that aluminum is back in fashion among the investor community. Chartists, however, are calling a more cautious note with Reuters technical review suggesting wave patterns are indicating price falls this quarter to below $1,600 per mt. 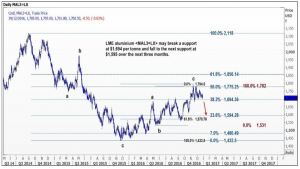 That is quite a brave call when you look at the upward trend aluminum has followed since the fourth quarter of 2015, and when you set it against the relatively positive global economic backdrop for industrial metals in general.

Still, Reuters is not alone in urging caution. This week FastMarkets posted a note highlighting recent deliveries into LME warehouses and suggested price direction will be heavily influenced over the next few months by whether forward spreads will allow the stock and finance trade to roll positions. If tight spreads and possibly firmer interest rates do not allow the metal to remain locked up in stock and finance deals, it could have a negative impact on metal prices in the weeks and months ahead.

Industrial supply and demand fundamentals remain broadly supportive for aluminum at current levels, so it will be of more than academic interest to see whether the charts have called a turn early or whether, in light of price movements over the next three to six weeks, chartists reread the patterns and adjust their predictions later in the quarter. Our own analysts are also supportive of a higher aluminum price this year, possibly seeing $2,000 per mt before year end. Watch this space.