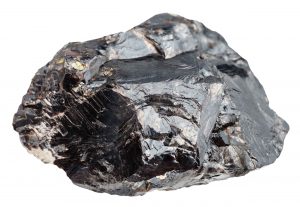 The International Lead and Zinc Study Group released its initial 2017 report, which found the global market for refined zinc metal was in deficit over the first 11 months of last year with total reported inventories declining over the same time frame.

The ILZSG revealed a significant increase in Chinese output while the world’s zinc mine production fell overall by 1.2%.

“Global refined zinc metal production over the first eleven months of 2016 was at the same level as the corresponding period of 2015 with increases in China and the Republic of Korea offset by reductions in Australia, India, Japan, Mexico and the United States,” the ILZSG report stated.

The rise in worldwide demand for refined zinc metal, to the tune of 3.5%, was mostly due to an 8.8% increase in Chinese apparent usage with European demand at the same level in 2015 and US demand falling 12.7%.

Also of note: Chinese imports of zinc contained in zinc concentrates represented a 42.3% decrease compared to the same time frame in 2015 with the Far East nation’s net imports of refined zinc metal growing 7.9%.

Our own Stuart Burns wrote last week that aluminum has benefited from renewed investor interest, particularly over the course of 2016, but that it hasn’t experienced the same jolt as zinc and copper have seen.

“Although net long positions have been trimmed back following some recent significant deliveries into LME warehouses, the consensus remains positive regarding prices for 2017,” Burns wrote.

How will zinc and base metals fare in 2017? You can find a more in-depth copper price forecast and outlook in our brand new Monthly Metal Buying Outlook report. For a short- and long-term buying strategy with specific price thresholds: