Home | Anti-Dumping | India and Japan Take Their Steel Row to the WTO, But it’s Really a Proxy Fight
Commentary

India and Japan Take Their Steel Row to the WTO, But it’s Really a Proxy Fight 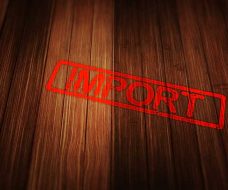 Two global steel giants, India and Japan, are headed toward a trade war. For once, one participant in the trade row isn’t the U.S… not directly, at least.

Japan, the world’s second-largest producer of steel, has threatened to take India to the World Trade Organization over import restrictions asserted by India. If incoming reports are true, Japan may soon be joined by Taiwan and even Russia.

Despite the excellent trade relations the two nations enjoy, Japan is unhappy with India’s decisions to place a minimum import price and other assorted duties to protect its domestic steel industry. Japan claims this has halved its steel exports to India in the last year.

Working quietly on the sidelines, Indian government officials having been trying to iron out differences with their Japanese counterparts and settle the dispute in consultation but, so far, the sides have not had much luck. According to a news report, India’s Director-General of Safeguards and the Ministry of Steel were assessing points raised by Japan against the calculation of safeguard duties so that they could counter Japan and defend the duties before the WTO. India, obviously, does not want Japan — for that matter any other nation — to escalate this matter into a full-fledged dispute at the WTO.

But why is Japan reacting now, especially since some of the restrictions have been in place in India for almost two years? Analysts say that with U.S. President Donald Trump raising the cry of “America, First,” Japan is now concerned that it could lose a large chunk of its steel export market, and thus, is making an open stand for what it considers free and fair international trade. India is just the proxy country used to fight a larger war against MIPs and other border taxes.

A Japanese industry ministry official, explaining a Dec. 20 request for WTO dispute consultations with India over steel safeguard duties and the MIP for iron and steel products, said it needed to stop unfair trade actions from “spreading.”

India imposed duties of up to 20% on some hot-rolled flat steel products in September 2015, and set a floor price in February 2016 for steel product imports. India’s anti-dumping duty amounts to $474-557 a metric ton on hot-rolled flat products of alloy and non-alloy steel imported from China, Japan, South Korea, Russia, Brazil and Indonesia in August. These nations account for almost 90% of India’s steel imports.

Russia and Taiwan, too, may join Japan in requesting consultations at the WTO over India’s use of a MIP regime. Proceedings could start as early as February.

PREVIOUS POST:
How Does Trump’s ‘Buy American’ Provision Differ From Current Law?
NEXT POST:
Is Copper Setting The Stage For Another 20% Price Rally?