Steel Price Forecast, January 2017: Domestic Steel Use on the Rise? 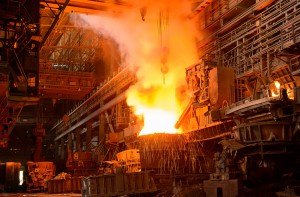 plant for the production of iron and steel

Among President Donald Trump’s many campaign promises was one to utilize more U.S.-produced materials, including steel, and his actions thus far have reinforced those promises.

Last week, Trump signed executive orders expediting the approval and subsequent construction of the Keystone XL and Dakota Access pipelines. An important caveat to those orders included the use of domestic steel for the upgrade and repair for the new pipelines.

Wrote Leia Toovey for the Economic Calendar, “The U.S. steel sector has suffered in recent years as imported steel has gained market share at the expense of domestically produced steel. In 2016, domestic steel prices and producers recovered and part of that recovery was based on tariffs and duties that were implemented on Chinese producers who were found guilty of receiving unfair subsidies from their government.”

Global Steel Production on the Rise

It’s been a tough couple of years for the U.S. steel industry, but global steel production has also suffered significantly. In fact, of the top 10 countries producing steel, production increased in only three over that time, according to data from the World Steel Association.

How will steel and base metals fare in 2017? You can find a more in-depth copper price forecast and outlook in our brand new Monthly Metal Buying Outlook report. For a short- and long-term buying strategy with specific price thresholds: