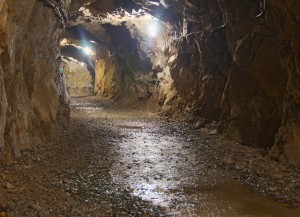 A lighted underground tunnel in a nickel mine

Nickel prices increased early in February with hedge funds and speculators hurrying to close bets against the metal with the Philippines moving ahead with regulations on its mining industry.

According to a recent report from the Financial Times, nickel’s climb was directly attributed to the closure of 21 mines along with the suspension of another six pits, including the nation’s largest gold mine.

The Philippines is the world’s most significant source of unprocessed nickel ore, along with being a major supplier to China, the news source stated. A renewed emphasis on environmentalism led to Philippines’ President Rodrigo Duterte appointing a like-minded resource minister to investigate the nation’s mining industry.

“My issue here is not about mining, my issue here is about social justice,” Regina Lopez, natural resources secretary, said during a recent briefing. “Why is mining more important than people’s lives?”

Lopez pointed at the mine closures, which account for nearly half of the nation’s nickel output.

“We are very pleased to see the Philippines taking this action while allowing proper mining companies which adhere to better environmental practice to continue,” analysts at SP Angel told the Financial Times, adding the whole nickel supply chain was an “environmental disaster”.

“The huge growth of ore exports into China for the production of nickel pig iron disrupted the nickel industry in recent years while causing massive environmental disruption in the mining areas and at the nickel pig-iron furnaces.”

How will nickel and base metals fare in 2017? You can find a more in-depth copper price forecast and outlook in our brand new Monthly Metal Buying Outlook report. For a short- and long-term buying strategy with specific price thresholds: