The showdown between global copper miner Freeport-McMoran, Inc. and the Indonesian government got a little hotter this week.

Arizona-based Freeport majority-owns the world’s second-largest copper mine, Grasberg in Indonesia. The company has been trying to get a new permit from the Indonesian government to continue exporting copper concentrates for the last six months. On Monday Freeport said it would not accept terms of a deal the government offered that would allow it to resume shipments of copper concentrate that have been idled since January 12.

One More Year… Then Give Up Your Mine

Friday the Indonesian government offered Freeport a new, one-year deal that would allow the company to continue exports but only if it agrees to new rules requiring it to build a new copper smelter in Indonesia within the next five years and also agree to switch to an operating license, the terms of which would require Freeport to, eventually, give up control of Grasberg. 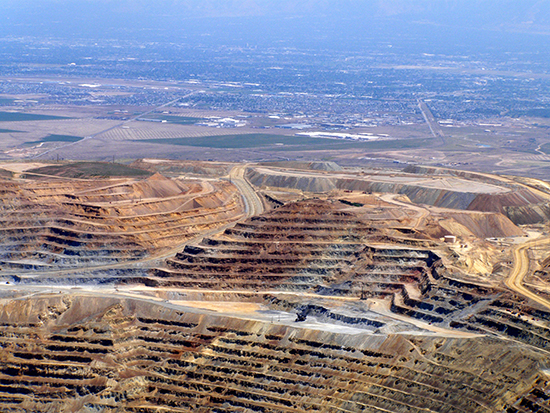 Freeport CEO Richard Adkerson, naturally, turned down that offer and said the company is unwilling to revisit the terms of its 30-year contract to mine at Grasberg, which accounts for about a third of Freeport’s annual copper production and 40 to 50% of its worldwide assets. He also said Freeport would consider going to arbitration if it can’t settle this dispute within 120 days.

The current operations contract Freeport is mining under, which is good through 2021, allows for another extension up to 2041. The company says it’s willing to compromise with the Indonesian government but requires certainty over its long-term operating rights.

“It’s not just Freeport (that has such a right to arbitration), the government does too,” Jonan told reporters on the sidelines of an event Monday.

What’s This Mean for Copper Prices?

The latest chapter in the standoff sent copper above $6,000 a metric ton on the London Metal Exchange, a nearly 1% increase, on Monday. Prices of copper, one of the world’s most highly traded metals used in electrical cables and consumer goods, have risen 12% this year, partly thanks to Freeport’s problems at Grasberg. An industrial dispute at the world’s largest copper mine at Escondida in Chile, part-owned by BHP Billiton, has also pushed prices higher.

We have written about how copper’s mining supply chain is so long and how difficult it is to set up new mines make the metal especially susceptible to higher prices due to constrained supply. Losing Grasberg’s production could hike copper prices long-term.

Freeport said in a statement Monday it expects its copper sales to fall by 17% in the first quarter as a result of its problems in Indonesia, with gold sales down 59%.

Freeport said in the statement that it has invested $12 billion in Grasberg to date and has plans to invest an additional $15 billion if it can keep its operations/mining license. A strike at the sole smelting facility where Freeport processes around 40% of its output has added to its production woes. Adkerson said that planned mining expansions in the U.S. could be imperiled by the loss of production and profitability at Grasberg.

The company sold $6.6 billion worth of mining and oil and gas assets in 2016 to address debt issues, which Adkerson said had put Freeport back on a “reasonable” financial footing.

“We need the financial support from Indonesia to invest in the United States,” Adkerson said. He said major shareholders such as activist investor Carl Icahn were “very concerned” about the company’s problems in Indonesia.

Resource-rich Indonesia is a top producer of minerals such as copper, tin and nickel. Under President Joko Widodo, the Southeast Asian nation has sought to attract more foreign investment. While Widodo’s government eased a three-year ban on exports of nickel ore and bauxite earlier this year, Adkerson claims that shifting policies have limited the country’s ability to take full advantage of its natural-resource wealth and discouraged investment. The government, of course, sees things differently.

Bambang Gatot Ariyono, director general of minerals and coal at Indonesia’s mining ministry, said the government couldn’t allow Freeport to disobey its new rules as they already had been issued.

“We cannot run from this regulation,” he told MarketWatch. “We have to find a ‘win-win’ solution,” he said, adding that the government didn’t want to bankrupt Freeport and remained in discussions with the company.

Last week Freeport laid off 10% of its expatriate workforce in Indonesia, and Adkerson said it plans to start cutting contract workers who account for around two-thirds of its 32,000 employees in Papua, the eastern province where Grasberg is situated. On Saturday the chief executive of Freeport’s local subsidiary resigned.

If things get worse at Grasberg it’s difficult to imagine copper prices doing anything but increasing as a result when supply becomes more scarce.