Stocks Prices Surge Ever Higher, Supported by Retail Sales and the Oil Price

The theory is share prices are being driven higher by a strong oil price and retailers who are reporting better than expected store sales. Wal-Mart Stores, Inc., Macy’s, and Home Depot sales are all up on robust consumer demand. If stock prices were supported on consumer confidence alone, we could see an argument for this bull run in share prices to continue. 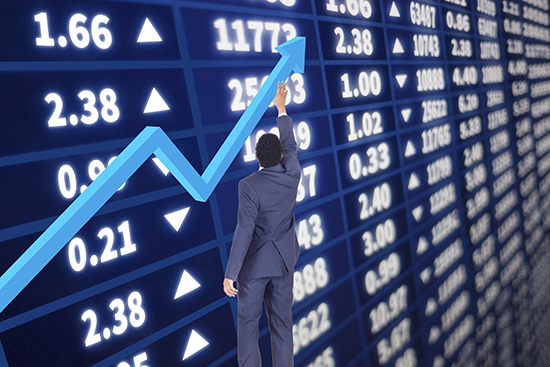 There is plenty of optimism around. Donald Trump’s much-vaunted infrastructure projects are expected to create significant demand and have an inflationary impact on the economy… when they eventually see the light of day. 2018 At the earliest is our expectation since few are shovel-ready and all will have to get past Congress first. Meanwhile, though, the economy is adding jobs at a steady rate and unemployment is low.

However, if Reuters is right and shares are being driven higher in part due to the oil price, we have a few concerns. The oil price was driven higher by the Organization of Petroleum Exporting Countries‘ production cap agreement last year, an agreement to which both major OPEC producers and 11 non-OPEC countries like Russia signed up to in an effort to reduce excess production and bring the market into balance by the summer.

A report in the Telegraph blows support for that case wide open. Evidence from shipping data suggests producers are cutting production nowhere near the 1.8 million barrels a day pledged by OPEC and non-OPEC states last November. The newspaper quotes sources estimating non-OPEC countries including Russia are delivering only 40% of the cuts pledged with Russia itself only cutting 100,000 barrels per day from a promised 300,000 bpd. Saudi Arabia is keeping to production cuts but exports remain high as the cuts are being delivered domestically as the country switches from oil to natural gas for power production.

Venezuela, Algeria, Iraq and the United Arab Emirates are increasing output over their reference levels. Meanwhile, the U.S. shale industry is making significant strides in reducing costs and improving efficiency allowing operators to make a return at an oil price well below current levels, $54 per barrel is now the breakeven norm with some down to $40, the newspaper says.

Not surprisingly, rig counts and production are strongly rising. The Baker Hughes rig count rose to 597 rigs last week, almost double the level it dropped to in May last year and Bank of America expects shale frackers to add 600,000 bpd of output this year negating the real cuts managed by the OPEC deal.

Unfortunately, net long positions in oil have risen to 812,000 lots, higher than at any time in the last five years and putting the market at risk of a correction if “longs” lose faith and start to liquidate. Such moves have a snowball effect and can initiate a sharp correction. Not that we are predicting an oil price crash, but the case for higher prices is looking less convincing than many have assumed.

If that proves to be the case one plank for ever-higher share prices will also be withdrawn. Generally mature and emerging markets are recovering well and continued low interest rates are supporting markets but the Federal Reserve will put up rates this year and, should a sharp correction in oil prices develop if the OPEC “cap” is not renewed at expiration this summer, we could see a retrenchment in what is already the second-longest stock market bull run in modern times. Eventually, all good things come to an end.