Peugeot Citroën Makes a Bid for the Automotive Big Leagues

The surprise announcement that PSA, holding company for the Peugeot, Citroën and DS brands, is in talks with General Motors to acquire GM’s European Opel and Vauxhall brands has set the cat among the pigeons in European capitals.

One of the first justifications for any major merger or takeover is the opportunity for cost reduction from economies of scale and consolidation. PSA’s interest in the Opel/Vauxhall brands has some logic to it.

Acquiring the brands would catapult PSA into the major league, closer to Volkswagen and Fiat in terms of automobile sales volume. Not surprisingly, the French publication Le Monde was one of the first to cover the story in depth (site est en francais, mes amis). As the newspaper explains, for GM, Opel and Vauxhall make up only 12% of the company’s production of roughly 12 million vehicles a year, but for PSA an additional 1.2 million units on top of the existing 1.9 million should create considerable opportunity for economies of scale, at least in the European market where PSA currently sells 1.9 million vehicles out of a total production of 3.1 million worldwide. 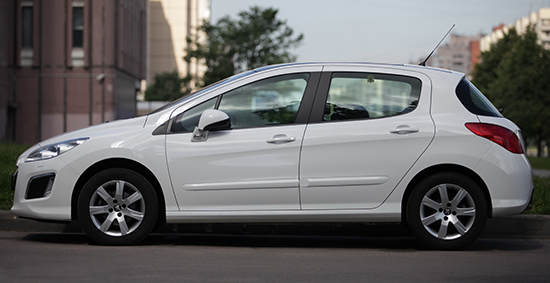 The worry in European capitals, though, is that those economies will be achieved by closing production facilities. With PSA 14% owned by the French government and Opel a major employer in Germany, the telephone lines between Paris and Berlin have no doubt been humming seeking reassurances that if European approval is to be given, no job losses will result in Germany or France.

Although two of the most efficient plants in the Opel Vauxhall group are the two U.K. factories, these are likely to bear the brunt of any economic rationalization. Opel has been nothing but red ink for GM for several years, rationalization and cost-cutting will be imperative if PSA is going to make economic sense of acquiring the brands. Germany accounts for about half of Opel’s 38,000 staff with a further 4,500 in Britain. As the FT notes, in order to make a business combination work, hard restructuring in Germany, the U.K. and Spain will be required which the FT estimates will result in job cuts in the sum of around 5,000 employees.

Autonet reports that PSA and Opel/Vauxhall are no strangers to each other. Since 2012 the two manufacturers have engaged in commercial and technological cooperation aimed at improving profitability. Yet, if GM has struggled to make Opel profitable it’s hard to see how PSA will do any better. The two brands combined will still only hold little more than 16% of the European car market, hardly a dominant position and unions in both Germany, France and the U.K. are already lining up to oppose the deal if the assurances on job losses are not given.

This deal does not have the same rationale as Fiat’s takeover of Nissan and merger with Chrysler that gave the combined group a truly global position. A potential PSA Opel will still be European-centric with the slow growth, high regulation and union interference that characterizes the European marketplace.