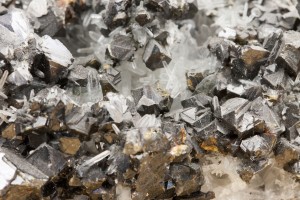 The International Lead and Zinc Study Group released its February 2017 report on zinc, which found the global market for the refined metal was in deficit in 2016.
It’s reported that zinc inventories in warehouses operated by the London Metal Exchange, Shanghai Futures Exchange and Chinese State Reserve Bureau — along with those reported by producers, merchants and consumers — decreased last year.
Want a short- and medium-term buying outlook for aluminum, copper, tin, lead, zinc, nickel and several forms of steel? Subscribe to our monthly buying outlook reports!
The ILZSG report stated: “A substantial 43.1% decline in Australian zinc mine output was primarily a consequence of the closure of MMG’s Century mine at the end of 2015 and a reduction in output at a number of Glencore’s mines. Production was also significantly lower in Ireland, due to the shutdown of Vedanta’s Lisheen operation, India and Peru. However, these reductions were offset by increases in Bolivia, Canada, China and the commissioning of new production in Eritrea. As a consequence overall world production was at a similar level to that in 2015.”
It’s also important to note the global output of refined zinc metal was on par with the total tallied in 2015, with China and the Republic of Korea leading the way.

Zinc Prices on the Rise

Our own Raul de Frutos covered the ILZSG findings earlier this week, and also noted that it is only a matter of time before Chinese zinc producers are forced to reduce their output of the refined metal.
He added: “As a result of this narrative of supply shortfall, zinc is trading at the highest levels in more than eight years. Bulls have been in such a powerful position that prices have barely retraced during this run.”
How will zinc and base metals fare in 2017? You can find a more in-depth copper price forecast and outlook in our brand new Monthly Metal Buying Outlook report. For a short- and long-term buying strategy with specific price thresholds:
[download-button url=”https://agmetalminer.com/metalminer-monthly-metal-buying-outlook-2-month-free-trial/” icon=”ico_right”]Subscribe to Monthly Buying Outlook[/download-button]