Lithium Fever: Are Skyrocketing Prices Set to be The Latest Bubble? 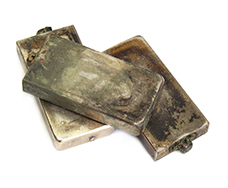 After rising aggressively, some would argue that lithium prices have already peaked.

Reuters quotes Paul Robinson, director at consultancy CRU Group saying that prices have little upside because demand growth has been met with aggressive supply build up, similar to rare earths and vanadium in past cycles. Even though demand is projected to soar 60% to 300,000 metric tons of lithium carbonate equivalent (LCE) annually by 2020, the newspaper quotes a National Bank Financial report saying new players could flood the market.

Strong Demand is Company, 60% Growth is a Crowd

“It’s crowded, no doubt about it, and it will get culled,” said Jon Hykawy, president of Stormcrow Capital, calling lithium, the “latest bubble sector.”

An indication of extent to which lithium fever has gripped investors and junior miners is illustrated in a Bloomberg article which reports that in the wake of President Mauricio Macri’s decision to remove currency and capital controls and taxes introduced by his predecessors, about 40 foreign companies began to consider opportunities in Argentina’s mining industry. More than half of those planning to mine lithium.

The country may be about to flood the market with lithium the newspaper reports and while not all the projects are likely to go ahead, if they did output would reach 165,000 tons/yr or about 45% of predicted global supply by 2021, according to government projections. Currently global supply is just 185,000 metric tons, illustrating the rate at which demand is expected to rise.

Beware Lithium Fever… Just like Pac-Man Fever Before It!

Much of the enthusiasm for investment in more lithium production is fueled by a belief electric vehicle battery demand is about to take off. 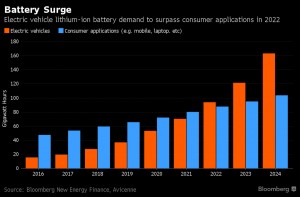 Taken in addition to new projects being planned in Chile, the U.S., Australia and elsewhere and that surge of new supply becomes a torrent, potentially leading to a collapse in prices.

While lower lithium prices would be good for battery costs, too much of a fall would be bad for the industry. What it needs is stability to encourage responsible and well-funded investment for the long term, not boom and bust

PREVIOUS POST:
Africa Vies to be a Rare Earths Player, Create a Rival for Dominant China
NEXT POST:
CME Group and Reuters Back Out of LBMA Silver Fix