How Representative is China Hongqiao, the Nation’s Largest Aluminum Producer, of its Peers? 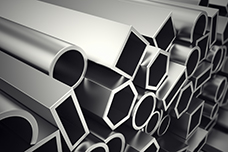 China’s aluminum industry is under siege. You wouldn’t think so from the booming production figures, rising prices and howls of protest from aluminum producers in the rest of the world.

Benchmark Your Current Aluminum Price by Grade, Shape and Alloy: See How it Stacks Up

But, arguably, China’s aluminum industry is the victim of its own success.

The Chinese aluminum industry has been able to cut costs by essentially selling liquid metal to nearby product manufacturers. Source: Adobe Stock/Kybele.

On the one hand, the political heat is rising as China’s production capacity has exceeded 50% of global output even as a combination of low aluminum prices and the collapse of physical delivery premiums in recent years has forced producers in the rest of the world to rationalize production, mothball plants and shelve capital investment plans that do not seek to simply slash costs.

The rise of Chinese semi-finished product exports has stimulated a wave of legal challenges around the world alleging unfair trade practices and causing considerable uncertainty for Chinese manufacturers with aspirations beyond their own shores.

Within China, the breakneck pace of expansion had generally been viewed with a sense of pride as to what the country, particularly the private sector, had achieved over the last decade. A combination of adopting cutting-edge technology, exploiting otherwise remote coal reserves in the Northwest for cheap power and, let’s be honest, a ballsy confidence in borrowing billions from banks to fund millions of metric tons of new capacity has resulted in a historically unprecedented rise in aluminum capacity over just the last 10-15 years.

China’s traditionally opaque reporting structure has allowed some firms to present their results in a less than honest way. This is not unique to the aluminum industry by any means, but a recent article by Aluminium Insider calls into question the finances of the world’s largest aluminum company China Hongqiao after its shares were suspended from the Hong Kong stock exchange this month.

China Hongqiao Group Limited saw the trading of its shares halted last week, after its auditors, Ernst & Young, announced that the publication of its annual results would be delayed. Not surprisingly, no specific details were given but equally unsurprisingly the firms bonds took a hit as regional financial firms urged caution suggesting it will find refinancing its debt more expensive and difficult in the year ahead.

Part of the problem seems to be how China Hongqiao has been reporting its profits and handling internal transfer pricing. Like many of the new breed of Chinese aluminum producers, China Hongqiao has captive power production but since 2010 the firms profit margins have diverged from most of its peers, maintaining in excess of an 8% margin even when many of its domestic competitors fell into periods of loss. Even during periods when the coal price rose the reported cost of power produced by China Hongqiao dropped suggesting the firm was trapping profits in the smelting division while hiding losses in power generation. Likewise it has been suggested that China Hongqiao has declared transfer prices from its alumina production division roughly 20% below those of similar companies operating in the same provinces.

It is not just the company’s investors who are keen to see the results of E&Y’s audit next month but also the global aluminum industry will be keen for a peek behind-the-scenes into the sometimes murky world of Chinese aluminum producers, cozied by their banks and political connections, which may have encouraged them to bend some rules in the process of exploiting what has been the world’s fastest growing and least tightly regulated aluminum market.