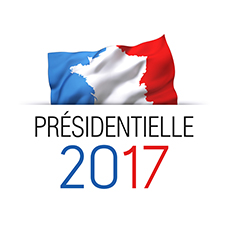 France’s first round presidential run off may not have matched Britain’s Brexit referendum of last year or the United States of America’s presidential election of Donald Trump in upsetting the pollsters, but it does say a lot about the mind set of French voters all the same.

Novice centrist candidate Emmanuel Macron and Far Right leader Marine Le Pen advanced to the second round presidential run-off on Sunday and in the process achieved a historic wipe out of the two principal political parties that have traded power in France since World War II.

Neither Benoit Hamon of the Socialists, whose popularity had dwindled to single figures under the bungling of outgoing president Francois Hollande, nor the centre-right candidate — Francois Fillon, a former front runner — came close to challenging the two eventual victors. France has clearly had enough of the established order and much like Britain almost exactly 20 years ago cho0sing a young and charismatic Tony Blair,  the new favorite Macron is young, dynamic, charismatic and unquestionably clever.

The 39-year old former banker has never been elected to high office and only formed his political party a year ago. Macron, a pro-European and former economy minister in Hollande’s  socialist government, came out on top with 23.75% of the vote compared with Le Pen, the far right National front leader who was just behind on 21.53%. the Euro surged on the news taking it as a positive sign for continued European integration and E.U. stability should, as widely expected, Macron succeeds in the second round on May 7.

The contest between the two candidates has the undertone of a referendum on France’s E.U. membership. Macron is pro-E.U., keen for greater integration whereas Le Pen wants France to leave the E.U. and regain the French franc. Their positions could not be more polarized, yet it already seems clear that although Le Pen commands a strong following in certain sectors Macron will carry the day on May 7 as much of France are with him.

A graduate of Science Po, the political sciences school, Macron is a prize-winning pianist, holds a Masters in philosophy and became a millionaire in his previous career with Rothschild Bank. As a former investment banker it is no surprise that Macron has pledged to reduce public spending by €60 billion and cut 120,000 public sector jobs.

According to the Telegraph he has also vowed to get tough on unemployment benefits for those who repeatedly turned down job offers and wants greater flexibility on the retirement age, currently 60, and the statutory 35-hour working week, peculiar to France, allowing employers and staff more latitude to negotiate. He has suggested he will take 80% of households out of property tax, known as the “taxe d’habitation,” and he plans a €50 billion public investment program on green energy, training of tradesmen to reduce youth unemployment, transport, public sector administration and justice. Details as to how he intends to pay for such largesse are few, but one has to assume that taxation plays a part of it. Nevertheless, the markets probably have it right in responding positively to his likely victory next month. Macron would be a breath of fresh air in French politics and economically more capable and positive for France than Le Pen.

Philosophically, a Le Pen administration would share more of the same language with a Trump administration than that of Macron, but in as much as a stronger France equates to a stronger Europe, those outside of the region should view Macron’s meteoric rise as a positive development. How this promise materializes in office remains to be seen.