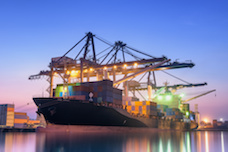 International trade hasn’t been this contentious since before the Great Depression, and it is causing free traders much concern. We’ve seen a number of trade cases affect some U.S. imports such that the U.S. steel industry effectively implemented a full ground stop on many steel products (though that ground stop has been short-lived). Some political appointments have caused a backlash amongst some free-trade Republicans, importers, traders and manufacturers.

This administration’s stance on trade has helped galvanize both the case for and against trade. These arguments are centered on several themes related to the notion that China’s loss is U.S. value-added manufacturers’ gain — if China chooses to “dump” its products at a loss, then shouldn’t value-added manufacturers take the opportunity to purchase [steel and/or other commodities] to increase their overall cost competitiveness on finished goods?

A second argument suggests that trade remedies merely serve as a Band-Aid and can’t fix “low global steel prices.” In other words, there is too much supply chasing too much demand, and the U.S. should not be in the business of blocking low-priced imports and maintaining an artificial price prop.

Policy wonks suggest that trade remedies should not be evaluated on current “dumping” criteria but rather on the basis of an increase in economic welfare within the U.S. In other words, whatever creates the greatest economic net benefit should become the guiding principle when deciding trade cases.

All of these arguments appear persuasive from the outset, yet I will suggest that the lines between upstream and downstream manufacturing have blurred. Non-rules-based trade should be unequivocally rejected as a violation of the rule of law. Moreover, existing trade rules and regulations as established by the World Trade Organization, Congress and U.S. governmental agencies should also be strictly enforced. Non-rules-based trade, such as the practice of circumvention, appears to have become a somewhat professionalized business practice, despite remaining illegal.