Home | Global Trade | Trump’s First 100 Days: Not All He Promised, But Not Without Progress
Commentary

Trump’s First 100 Days: Not All He Promised, But Not Without Progress 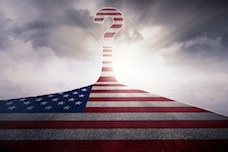 President Donald Trump has come in for a fair amount of criticism for his perceived failure to achieve many of his campaign promises in the 100-day deadline he set himself (and now denies, but that’s another issue).

Implementation of a case against China as a currency manipulator and building the U.S.-Mexico border wall has given way to the greater pragmatism of coercing China to put pressure on North Korea with both carrot and stick incentives, and of a “last minute” retraction of a supposed imminent announcement to withdraw from the North American Free Trade Agreement (NAFTA) last month as a precursor to talks down the line.

The Economist, as usual, gives an impartial and balanced assessment of events in two recent articles. The first reports that although the president has not been able to implement much of the headline objectives, the combination of executive orders, tweets and off-the-cuff announcements have set in motion a number of significant developments.

Pulling out of the Trans-Pacific Partnership (TPP) gave a clear message from day one that here was a president who meant what he said — that you took all the bluster as hot air at your peril. The very uncertainty in his lack of planned policy and spur-of-the-moment reaction to events has put trade partners, friends and enemies alike on uncertain ground — not a bad negotiating position to force on the other side, if you see all interaction as a negotiation.

More significantly, the U.S. has started an investigation into whether steel imports are a threat to national security and followed up with a similar probe, announced late last month, into aluminium imports. Trade negotiators at home and abroad are said to be aghast at the former leader of the rules-based trading system and a major backer of the World Trade Organization completely shunning the system it created and resorting to obscure legislation to achieve the president’s promises.

China hasn’t exactly caved in to junking north Korea. But China is at least now saying the right things and making token gestures such as halting coal exports, though trade is up between the two countries in most other areas.

Following early tweets and announcements that the president was willing to pull out of the North American Treaty Organization (NATO), Europe has scrambled to promise greater financial commitment to mutual defence and begun more serious efforts at modernising and integrating its military capabilities, after years of talk and little result.

The second article focuses on how the administration has more recently turned its attention to NAFTA. While not reneging on the agreement, it has issued a 40-point plan of issues it wants renegotiated, while the U.S. Department of Commerce imposed preliminary duties averaging 20% on imports of Canadian softwood lumber, revisiting an old chestnut that has been a source of dispute on and off for decades.

The U.S. is also revisiting a long running complaint with Canada about the way it manages the dairy industry and protects local producers with a system of quotas and tariffs, contrary to the spirit of NAFTA. You can be sure Canada is taking U.S. intentions more seriously than previous complaints, if for no other reason than they just don’t know what the president’s response would be if he couldn’t paint the outcome as a “great deal for America.”

Sophisticated and nuanced it may not be, but effective it may yet prove to be.