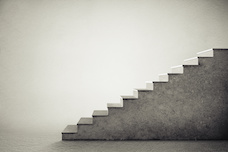 If I had to pick a base metal to put my money on this year, it would have been aluminum. The lightweight metal presented an attractive bullish narrative due to the combination of rising political tensions and the potential for supply cuts in China.

China has pledged to cut as much as 30% of its aluminum production over the winter months to reduce emissions from one of its most energy-intensive industries. In addition, the country has received a lot of international pressure to reduce its aluminum capacity.

If we narrowed our view to the industry fundamentals, it would be hard to expect any downside in aluminum prices. However, broadening our view, there are a couple of factors that could put a downward pressure on aluminum for the rest of the year, especially after such a steady rise.

As I mentioned yesterday, “China is putting efforts into halting risky lending and rising borrowing costs in order to limit credit growth. Interest rates in China have risen to the highest level in two years while China’s tough talks on curbing credit are expected to put the brakes on credit growth, [hurting demand for industrial metals.]”

Adding to worries, Chinese car sales showed signs of slowdown in April. Total vehicle sales were 2.2% lower compared to April 2016. Lower sales-tax incentives aren’t attracting buyers as much as they did last year. Despite the decline in April, Chinese car sales rose 4.6% for the first four months of the year. It’s still a decent growth, but it’s nothing compared to what we saw last year.

Given these concerns, investors and mutual funds are taking money out of commodity markets. We recently witnessed significant weakness across the board. Energy prices also took a hit.

I’ve pointed out before that China’s energy-intensive aluminum smelters receive nearly 90% of their energy needs from coal. Lower coal prices means lower input costs, which can translate into falling aluminum prices as well. Coking coal prices plunged again in May, dropping from $300 to $200/t.

Oil prices take a dip in May. Source: MetalMiner analysis of stockcharts.com

Not only coal but also oil, the main benchmark for energy prices, fell to a five-month low in May. Oil prices are closely tracked by commodity investors and when they fall, weakness spreads out into other commodities such as industrial metals.

Although aluminum’s narrative seems quite bullish, we need to remember that what happens with commodities and industrial metals as a whole also have a huge impact on aluminum price movements. Recent weakness in commodity markets could spread out into industrial metals, including investors’ favorite one: aluminum.