Zinc: Does the Predicted Deficit Mean Higher Prices in 2017? 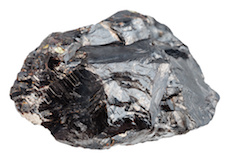 The group anticipates global demand for refined zinc to be greater than supply in 2017, keeping zinc markets in a deficit for a second consecutive year. The ILZSG predicts a deficit of 226,000 tonnes, not much different from the deficit recorded last year.

Given these numbers, you could assume that prices have no other option but to go up. However, despite a projected deficit, I’m starting to doubt zinc’s ability to climb much above today’s levels. Indeed, high prices are simply what could play against zinc’s rally. Zinc has more than doubled in price since the beginning of 2016, and investors now seem unwilling to chase prices above $3,000/mt, a level that has acted as a ceiling for prices this year.

Zinc could be topping. Source: MetalMiner analysis of LME data

However, as zinc shows signs of a market top, other metals are doing the same. Metals like nickel or copper are also struggling to rise this year. In addition, commodity markets are showing significant weakness for the first time since the beginning of 2016.

This shift in investors’ sentiment comes as China steps up its efforts in halting risky lending and rising borrowing costs in order to limit credit growth. China’s interest rates are at their highest level in two years, and the country’s rhetoric on credit is expected to lead to an end to credit growth.

As I wrote last Thursday, “concerns over softening demand in China have also been fed by disappointing manufacturing readings in April. China’s Caixin manufacturing PMI fell to 50.3 in April, below expectations of 51.2. The reading signaled the weakest manufacturing expansion since September 2016.” The PMI index is still in expansion territory, but we might see weaker readings this year if China gets tough on credit control.

For its 2017 outlook, the ILZSG is counting on a steady growth in Chinese demand. However, given the latest developments, demand from China might not be as good as the ILZSG expects, reducing the projected deficit in refined zinc markets. Investors might still profit from buying the dips, but the opportunity to make big money on zinc might have passed.