Home | Macroeconomics | The Greek Tragedy Returns: Another Default May Be Coming This Summer
Commentary

The Greek Tragedy Returns: Another Default May Be Coming This Summer 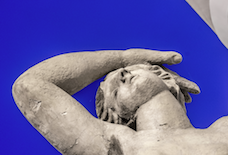 What with news of the terrorist massacre in Manchester reverberating around the world, while President Donald Trump first snuggles up to the Saudis and then to the Israelis — it is hardly surprising that news of yet a fourth Greek bailout has failed to make much headway in the headlines.

News that the International Monetary Fund (IMF) is working on a compromise with Greece’s creditors that would smooth the way for a €7 billion ($7.8 billion) disbursement of rescue cash all sounds rather calming and reassuring. But rest assured Greece is in danger of yet another default this summer as it seeks to get its hands on the latest tranche of an €86 billion rescue package to meet debt obligations this July.

According to an article in The Telegraph, Greece’s debt currently stands at nearly 180% of gross domestic product. The Greek economy fell back into recession in the first quarter of 2017, and it is an economy that is still some 27% smaller than in 2008, crushed under the EU-IMF austerity program. 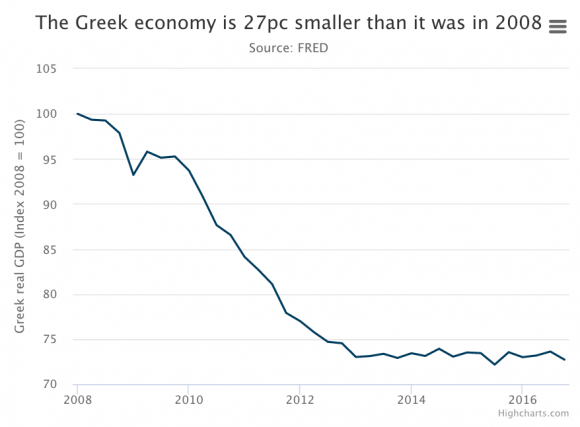 According to the Associated Press, the IMF has argued that the Eurozone forecasts underpinning the Greek bailout are too rosy and that the country as a result should get substantial debt relief so it can start growing on a sustainable basis. The Greek economy has spent more time in recession than growth since the financial crisis. 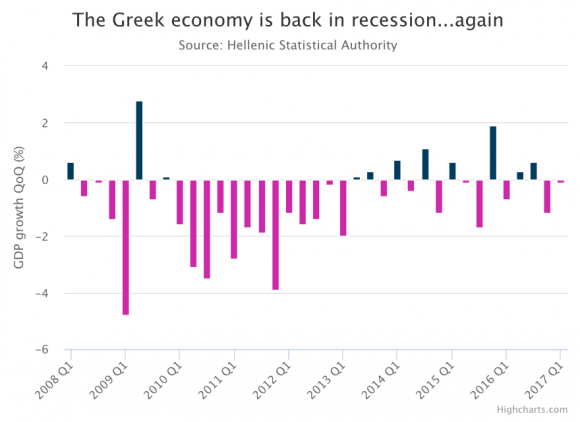 The Eurozone, on the other hand, has so far ruled out any debt write-off, saying it would rather extend Greece’s repayment periods or reduce the interest rates on its loans after the bailout next year. Germany and the Netherlands are keen to avoid debt relief, probably because they do not want to set a precedent that others such as Italy could turn to later to solve their own problems.

However, a few brave souls are betting on the EU eventually granting some form of debt relief. According to Reuters, hedge and investment funds have been quietly buying Greek equities even as others stay on the sidelines while the benchmark Athens stock index has dived from well over 5,000 points to around 780 now. The funds believe the Athens bourse remains cheap because of the risk that the debt talks will collapse raises the possibility of an exit from the euro.

This is not to say that hedge funds don’t get it wrong sometimes. They play a high-risk game. Sometimes it goes spectacularly well and sometimes the opposite. Greek negotiations are characterised by going to 10 minutes past midnight before a deal is done, and this is likely to be no different.

Therefore, a quietly negotiated and calmly agreed resolution to the complex mix of priorities at stake was never likely. So far it has barely caused a ripple on world markets, but that doesn’t mean to say it won’t over the coming weeks.