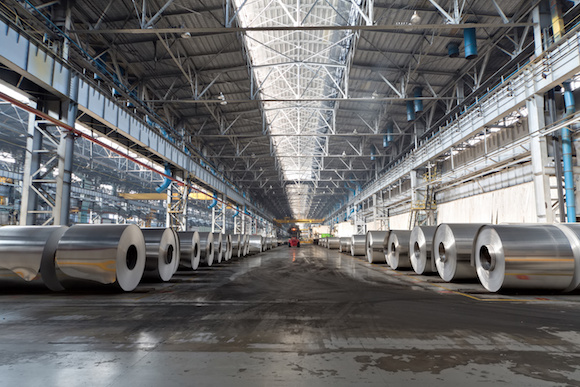 Beijing’s focus on supply-side reforms of China’s giant aluminum industry has been a prime mover for the metal price this year.

But primary metal price rises aside, of more concern to aluminum consumers should be the nature and extent of China’s aluminum semi-finished product exports. There have been various facets to China’s product exports, as Andy Home of Reuters succinctly explained in an article last week.

On the one hand, the growing volume of product exports has ignited considerable trade tensions with the U.S. and Europe. In the case of the former, the article reports, it led to a formal complaint to the World Trade Organization (WTO) and, more recently, a Section 232(b) investigation under the Trump administration. In Europe, expiring duties have been rolled over on imports of aluminum wheels from China and further action sought by trade bodies on a range of aluminum products.

Meanwhile, rumours that an indeterminate but significant proportion of China’s semi-finished product exports were in fact primary metal being illegally classified as semi-finished product to circumvent export duties on unwrought aluminum have at least partially been vindicated, as a focus has been brought to bear on a massive stock of aluminum held in Mexico last year that appeared to originate from Vietnam but with links to China.

Home explained that China’s exports of commodity code 7604 (bars rods and extruded profiles) have mushroomed from just over 6,000 tons in 2012/2013 to 463,000 tons in 2015 and 510,000 tons in 2016. Some of that metal appeared in Mexico last year before media attention encouraged the metal to be recycled back to an obscure port in Vietnam.

The article uses export data to help illustrate what is been happening in China in recent years. 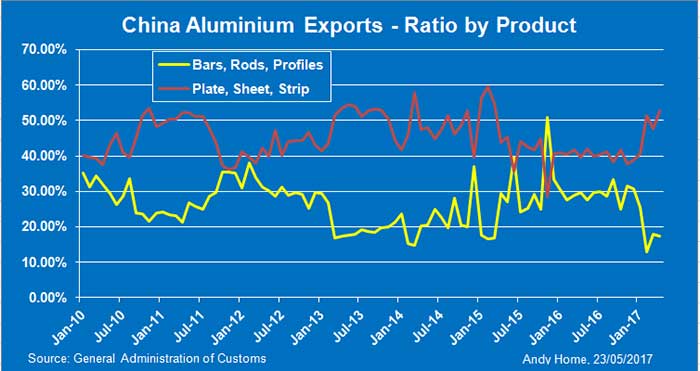 To quote Reuters, exports of bars, rods and profiles (international trade code 7604) have slumped by 34%, or 132,000 tonnes, in the first four months of this year, as greater scrutiny has been brought to bear on the classification of material shipped under this code heading.

Without the discipline of export duties, this trend is likely to increase. Even as China applies greater environmental control on primary production, mills are continuing to commission new downstream processing plants — all of which will be looking to export markets for any capacity they cannot sell domestically.

Reuters reports that China’s total exports of semi-finished products were 4.2 and 4.0 million metric tons in 2015 and 2016, respectively. On the surface, it looks encouraging for China’s overseas competitors. However, inn reality the product mix simply means that there is less metal being exported for re-melting but more finished product being exported in competition against processing mills in North America, Europe and elsewhere.

With a more protectionist administration in Washington expect a more vocal and strident reaction to this trend with further anti-dumping and similar trade action in the year ahead.

PREVIOUS POST:
Zinc Price Forecast, May 2017: Demand, Supply Trending Up
NEXT POST:
Is Goldman Sachs Too Bullish on Aluminum?