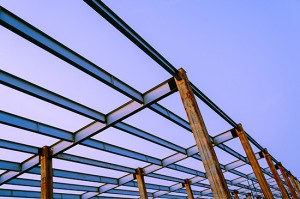 Two significant developments on the steel front took place last week that will ensure that India continued on its chalked-out path of global dominance in steel production.

Jindal Steel and Power Limited (JSPL) launched its 6 million ton per annum (MTPA) integrated steel plant at Angul in the Odisha province. The plant, one of the biggest in India, was dedicated to the nation on May 27, 2017. Naveen Patnaik, the chief minister of Odisha, said the plant would lead to an addition of 20% of steel to India’s ultimate goal of steel manufacturing capacity of 300 MTPA by 2030.

For JSPL, this was a major milestone, too. According to Chairman Naveen Jindal, the 6 MTPA steel plant at Angul was a major landmark in defining the future growth trajectory of JSPL. The latter is part of US $18 billion diversified O.P. Jindal Group.

JSPL’s capacity addition would further enhance the cost efficiencies of steelmaking — a continuous focus area of JSPL’s business philosophy, adding to its overall plan of debt reduction, said some of its top honchos.

In another development on the steel front, ArcelorMittal, the world’s largest steel producer, said it has agreed to make concessions to Steel Authority of India Ltd (SAIL) to jumpstart a delayed US $897 million automotive joint venture.

ArcelorMittal and SAIL, according to a report by news agency Reuters, had agreed to a proposal to export a fifth of the auto-grade steel they aimed to make as part of the joint venture.

Incidentally, the proposal was one of several made by Indian government think tank NITI Aayog, which is mediating talks on commercial terms for the delayed venture.

At present, a bulk of the high-grade steel used by India’s vehicle industry was imported from countries such as Japan. With this new joint venture all set to take off, reliance on such imported steel would fall drastically, experts say.

The Reuters report quoted a company spokesperson as saying that in the interest of the strategic partnership, some concession from ArcelorMittal on technology had been extended.

Experts believe if the deal does come to fruition, it would help SAIL compete with local rivals, such as JSW Steel and Tata Steel, which have foreign partnerships to make steel for the car industry.