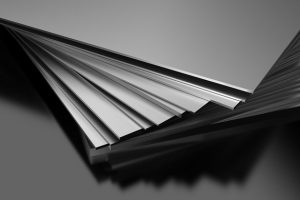 Our Aluminum MMI sub-index has steadily climbed since a score of 79 to start the year. For our June reading, this sub-index checked in at 88, holding steady after an 88 reading in May.

The major players in this sub-index, primary 3-month aluminum on the London Metal Exchange (LME) and Chinese primary aluminum, posted price drops, by 1% and 1.6%, respectively. Chinese scrap also fell by a similar margin, dropping in price by 1.3%.

On the other hand, solid price jumps in other aluminum products leveled the balance for the month. 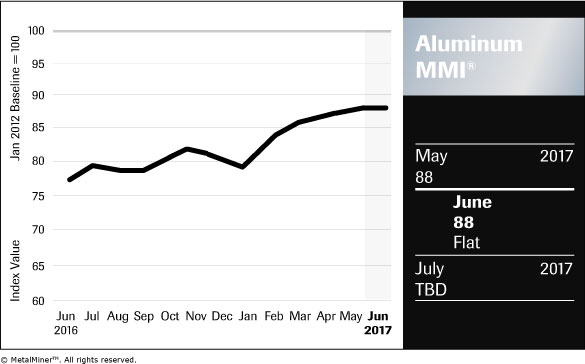 Aluminum Around the World

In light of several Arab nations’ decision to sever diplomatic ties with Qatar — alleging that Qatar is financing terrorism in the region — aluminum exports from the small nation have been disrupted. According to Reuters, an aluminum plant partly owned by Norsk Hydro will have to seek alternate routes for aluminum exports from the country, due to air space restrictions imposed by Qatar’s neighbors.

Meanwhile, as Raul de Frutos wrote, there were high expectations for aluminum to start the year.

Goldman Sachs added to the hype by being particularly bullish about the metal, predicting LME primary three-month aluminum will hit $2,000/metric ton this year. For now, the market stepped back from that prediction after the 1% drop from the May to June readings.

Chinese supply-side reforms, namely cutting aluminum (among other metal) production to curb pollution, could have positive effects on prices — if they are implemented. Aluminum prices got a boost early this year when the Chinese government announced a proposal to curtail its output of aluminum and other metals.

On top of all that, President Donald Trump’s administration’s national security probe into metal imports continues to loom. The probe is ongoing; it is still unclear when it might conclude or what practical policy effects it might have.

It was an up-and-down month across the board for the aluminum products in this index, as gains balanced drops. This is evidenced by the index holding fast at 88 for the second straight month.