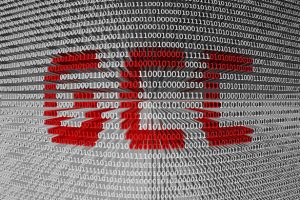 Editor’s Note: This is the first of two posts on the effects of the decision by several Gulf Cooperation Council (GCC) nations to sever diplomatic ties with Qatar. First, Stuart Burns expands on the political backdrop of the decision. On Monday, he’ll focus on the timing of the decision and its economic impacts.

We tend to view Middle East politics as a simple rivalry between Sunni and Shiite sects — or, more recently, as a regional power play between predominantly Sunni Saudi Arabia and predominantly Shiite Iran.

Although these regional differences are often portrayed in religious terms, they have as much to do with national politics as they do with religion.

Our simplistic view is probably not helped by the tendency for the powers that be to historically resolve their differences or arrive at solutions behind closed doors, with little or no public debate.

The complexity of Middle East politics is often lost on us in the West. Our understanding is maybe not helped by our politicians, who paint various parties as either with us or against us.

But action led by Saudi Arabia and the United Arab Emirates this week illustrates the complex nature of regional politics and brings into focus how rapidly alignments and priorities are changing.

On Monday, Saudi Arabia, the United Arab Emirates, Bahrain and Egypt released individual, but clearly closely coordinated, statements announcing a diplomatic break with Qatar. The decision simultaneously cut air, sea and land links with the tiny peninsular nation with a population of about 2.7 million (according to Qatar’s Ministry of Development Planning and Statistics website). Qatari officials and nationals stationed in these countries were ordered to return home in an orchestrated move to bring pressure for change.

So, what exactly is the Saudi-led coalition’s gripe? It would seem, according to the Washington Post, that the reasons are many and have been developing over a number of years.

The paper states that following the Arab Spring, Qatar aligned itself with Islamist political parties, such as Egypt’s Muslim Brotherhood. Qatar’s state-funded news network, Al Jazeera, has frequently taken up the cause of such groups, while also championing democracy and reporting on dissent in a region ruled by secular autocrats and unaccountable royal families, the paper states.

For a small nation, Qatar certainly punches above its weight in terms of influence.

It has been an active backer of al-Qaida linked organizations in Syria and Libya, and of Hamas in the Palestinian West Bank and Gaza Strip. Qatar has also been much more ambivalent toward the regime in Iran and is alleged to have paid a billion dollars in ransom recently, funds that found their way to Iranian-backed militias and Iranian officials.

So, depending on your point of view and the situation in question, Qatar, it could be argued, has sometimes been a force for good, other times a force for radical and dangerous extremism — the latter being the position over which the Saudi-led coalition has lost patience.

The coalition is trying to pressure Qatar to rein in its support for groups and parties that the Saudi-UAE-Egypt-Bahrain alliance sees as counter to its interests.