Indian Renewables Industry on the Rise 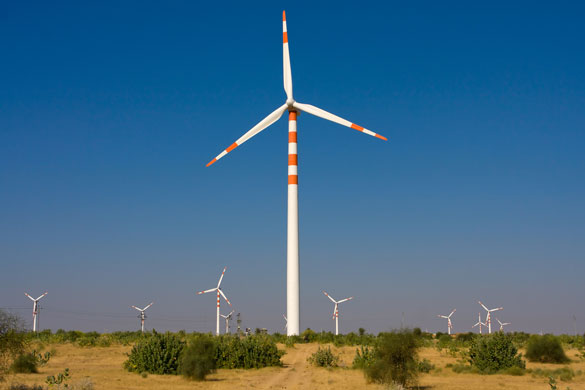 Editor’s Note: This is the first of two posts from our Sohrab Darabshaw on the renewables industry in India. Check back tomorrow for Part 2.

Energy experts, the domestic media, research organizations and even representatives of other governments seem pretty sure that India is the next green-energy giant in the making (U.S. President Donald Trump’s recent assertions notwithstanding).

Trump, while announcing his country’s intention to withdraw from the Paris climate accord, justified it on the grounds that the agreement was unfair to the U.S., and that it was skewed unfairly in favour of developing countries, such as India.

In the wake of that move, many in the Indian media have pointed out that a fact that the Trump administration seemed to have missed was that while India was the third-largest contributor to carbon emissions today, the U.S. was the second. The U.S.’s per capita carbon emission was still significantly higher than other large countries, according to data from the World Bank, and far higher than that of both India and China, according to a report in the online publication Scroll.

Not many within or outside the country are doubting India’s stated aim of ensuring that 40% of energy used would come from non-fossil fuels and rapidly developing renewable energy sources by 2030.

Finland’s Environment Minister Kimmo Tiilikainen told the Economic Times, India had the potential to lead emerging economies when it comes to renewable energy and sustainable development. He added the way India was moving towards the generation of solar and wind energy could be an example for the developing world and the concept of “circular economy” that promotes reusing and recycling resources was fit for India.

MetalMiner reported just a few days ago that India had overtaken the U.S. to become the second-most attractive country after China for renewable energy investment, according to a report by UK accountancy firm Ernst & Young.

The minister pointed out to the fact that India was working incessantly to increase its share of renewable energy, even to the extent of announcing the cancellation of new coal mines.

Some experts in India felt that Trump’s recent allegations could put a damper on Indian Prime Minister Narendra Modi’s upcoming visit to the U.S. Trump’s message — India is a big polluter and is not doing and is expected to do much on climate change — may not go down well with the Indian administration.

The CEO of the Council on Energy, Environment and Water, Arunabha Ghosh, cautioned that rather than impulsively reacting to Trump’s provocation, India must clinically examine the breadth and depth of its energy and climate relationship with the U.S. to decide which areas of cooperation, if any, still hold promise.

PREVIOUS POST:
Saudi-led Coalition’s Blockade of Qatar — Why Now and What Are the Economic Impacts?
NEXT POST:
This Morning in Metals: French Bank Sues Metals Broker for $32M