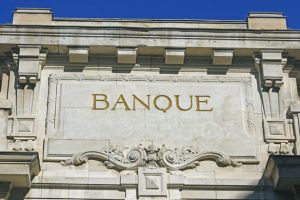 This morning in metals news, a French bank has sued a metals broker for $32 million over alleged fraudulent receipts; aluminum, copper and lead take a fall in India; and copper hit a five-week high on the London Metal Exchange (LME) as a result of constrained supply from Chile and strong demand in China.

According to a court filing, the $32 million lawsuit is over fraudulent receipts for nickel stored at warehouses in Asia run by a unit of commodities giant Glencore, Reuters reported.

Marex Spectron contested the claim in a statement. Natixis seeks damages because it alleges it provided finance based on fake receipts in a deal arranged by Marex Spectron.

Base Metals Take a Tumble in India

A trio of metals took a fall as a result of “muted demand,” according to the Economic Times.

Aluminum, copper and lead fell in India as a result of speculators offloading positions, according to analysts in the Economic Times report.

Copper Prices Move Up on LME

While copper was down in India, prices were up elsewhere, according to Reuters.

According to the report, copper hit a five-week high on the LME, “helped by concerns over supply from Chile, recent data pointing to robust import demand in China and falling stocks of the metal.”

Three-month copper on the London Metal Exchange (LME) hit its highest price since early May.

PREVIOUS POST:
Indian Renewables Industry on the Rise
NEXT POST:
India Invests in Renewables, But Can It Keep Paris Accord Promises?