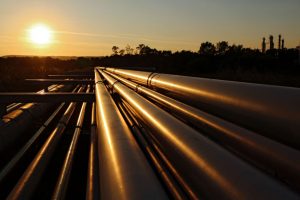 The findings of the Trump administration’s ongoing Section 232 investigation into steel imports have yet to announced, but American metal producers are clearly anxiously awaiting the probe’s findings.

Earlier this week, White House spokesman Sean Spicer said the findings of the investigation could be released as early as this week (they have not been released yet).

The investigation, launched by the Trump administration and announced in April, seeks to determine whether steel imports pose a national security threat. (For more background on the investigation, read our Lisa Reisman’s post earlier this week about the 232 investigation’s potential outcomes and impact).

Section 232 investigations are rooted in the authority of the Trade Expansion Act of 1962. At their conclusion, the president can either agree or disagree with the recommendations set forth by the secretary of commerce (Wilbur Ross, in this case).

It’s not yet clear what the investigation’s findings will be, or what practical impacts, in terms of enacted policy, they will have.

But it’s clear that U.S. companies are anxious for the Trump administration to make good on campaign promises to bolster American industry.

“This is a serious loss, which directly affects hundreds of American manufacturing jobs,” said Tim Brightbill, trade counsel to the American Line Pipe Producers Association (ALPPA), in a prepared statement. “We urge the Administration to address the loss of this and other major line pipe sales to Russian-owned EVRAZ in Canada.”

According to the statement, the total pipe line order for the Midship Project, a natural gas pipeline that will run through Oklahoma, is expected to come in at more than $100 million and will require 221 miles of 30- and 36-inch diameter line pipe. The pipeline will start in the central part of the state in Okarche and run southeast to Bennington, close to the Texas border.

In another instance, however, American metal producers are celebrating a more favorable outcome.

On Wednesday, the Department of Commerce concluded aluminum pallets — made of 6xxxx-series aluminum alloy— imported from China are covered by extrusion orders from the Aluminum Extruders Council (AEC).

“The Aluminum Extruders Council (AEC) is very pleased with the Department’s decision, and its reasoning for broadening this decision to any importer/exporter of similar fake pallets,” the AEC said in a prepared statement Wednesday.

Alan Price, head of the Trade Practice Group at Wiley Rein LLP, said “we are very gratified by the victory today,” regarding the Department of Commerce decision.

“Since the orders have been in place, Chinese producers have engaged in an effort to evade the antidumping and countervailing duty order on aluminum extrusions,” Price said. “Today’s decision will help to address some of the most egregious evasion.”

Jeff Henderson, president of the AEC, struck a similar tone regarding Chinese evasion of anti-dumping and countervailing duties.

“The Chinese aluminum industry continues to look for ways to evade our orders,” Henderson said in a prepared statement. “They should learn from this that such efforts will not go unpunished.”

So, while the ALPPA expressed disappointment Monday at the loss of a big sale to a Russian-owned company, the AEC celebrated a victory Wednesday in its efforts to squelch attempts by Chinese companies to circumvent extrusion orders and undercut American producers.

Then there’s the looming Section 232 investigation — will that lead to more wins, like the “victory,” as Price called it, for American metals producers?

United Steelworkers, the largest industrial labor union in North America, is among the parties involved hoping to benefit from the 232 investigation.

“We need @realDonaldTrump’s 232 investigation because we need a strong & vital steel industry to protect our nation,” United Steelworkers tweeted Friday.

Only time will tell what the investigation will yield, but there’s no doubt American producers are awaiting the findings with great anticipation.

PREVIOUS POST:
Outlook Bearish for Tin Market
NEXT POST:
This Morning in Metals: Base Metals Start Week on Strong Note