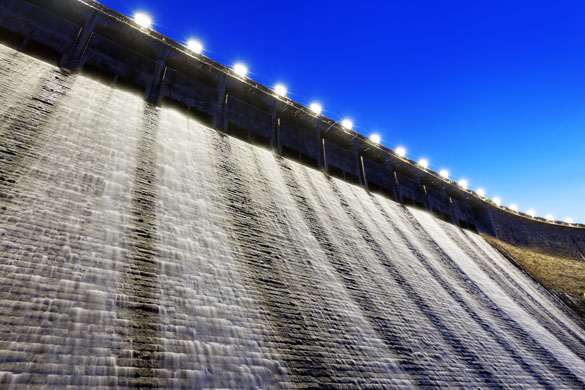 In a recent interview, Rusal Deputy CEO Oleg Mukhamedshin reaffirmed his company’s commitment to the Paris climate-change accord and indicated that it will continue investing in the research and development of lightweight aluminum alloys, both to distance itself from the commodity end of the market and to provide improved materials for lightweighting.

The interview with the South China Morning Post was reported by Aluminium Insider largely within the context of Rusal and Russia’s continued commitment to tackling climate change following President Donald Trump’s rejection of the process.

To what extent one takes any Russian company’s commitment to climate change is a debatable and personal point, but in one area Rusal’s stated commitment to meet 100% of its power needs from renewable power sources by 2020 has a much stronger economic argument than the simple angle of climate change.

Mukhamedshin is quoted as saying that Rusal already secures 90% of its power from hydroelectric sources, with the balance coming from nuclear and natural gas. There may be a little hubris in this — for example, the firm’s massive Krasnoyarsk smelters do indeed draw significant power from the Boguchany hydroelectric plant on the Angara River, but they also take power from the coal-fired Berezovskaya power station in the same region.

Moving Toward Renewable Energy Sources in the Supply Chain

Nearly all companies include climate change in their corporate statements, but the extent to which companies adhere to those positions on environmental factors vary considerably. However, increasingly firms are stipulating their supply chains adopt or meet similar standards to their own. particularly those firms that in turn sell into markets that are more sensitive to environmental issues.

With this trend in mind, any smelter that manages to move to 100% renewable energy sources has a sound long-term strategic logic to its plans.

In the case of Rusal, renewable largely means hydroelectric, and it’s no secret that the lowest cost smelters around the world are nearly all based on hydroelectric power.

As the largest cost component per ton of primary aluminum, electricity costs form a key element in the positioning of smelters on the global cost curve, with hydroelectric supplied plants consistently in the lowest quartile. Mills like Alcoa’s modern smelter in Saudi Arabia and the very latest smelters in China’s Northwest province, which enjoy exceptionally low cost coal-fired power production, are the exception. Smelters in Russia, Canada, Brazil, Greenland, Norway and New Zealand, all of which are positioned well down the cost curve, are all based on hydroelectric power sources.

Rusal, however, has experienced outages at its Krasnoyarsk smelters as recently as this year due to power-production problems at the Berezovskaya coal-fired power station, according to a report in the Dutch publication Pitrepoint. Power outages are extremely costly for smelters often causing immense damage to pot lines that can takes weeks or months to repair, resulting in considerable loss of production.

The combined benefits of improved reliability, lower costs and the ability to brand product as produced from 100% renewable sources makes the Rusal’s contribution to combating global climate change almost a side issue. Good, old-fashioned common sense makes the case for change a no-brainer.

PREVIOUS POST:
MetalMiner’s Top 5 Most-Viewed Posts of the First Half of 2017
NEXT POST:
OPEC Being Beaten by Both the Tortoise and the Hare