Will India Benefit Or Suffer From G20 Protectionism? 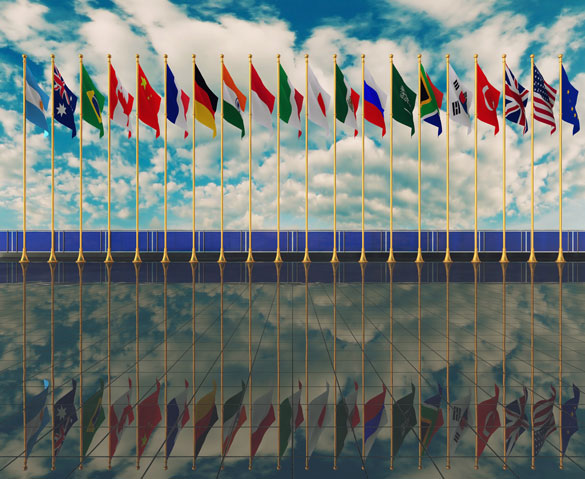 The jury may be out on whether the recently concluded Group of 20 (G20) summit’s protectionist slant will hurt India or not (though everybody is near-unanimous that where overproduction of steel was concerned, China’s had it coming for a long time).

The G20 leaders at the July 7-8 summit in Hamburg, Germany, had agreed to address “growing overcapacity and rock-bottom prices in global steel markets.” This, after pressure was applied by the U.S. administration, which managed to get some strongly worded language inserted into the G20 communique, even setting deadlines for G20 members to address the issue of excess steel production.

The communique urged world leaders to seek the removal of “market-distorting subsidies and other types of support by governments and related entities,” according to a copy obtained by news agency Bloomberg.

The statement called on all G20 members to “fulfill their commitments on enhancing information sharing and cooperation by August 2017, and to rapidly develop concrete policy solutions that reduced steel excess capacity.” All the data and proposed policy solutions will also be compiled as a report and published by the OECD’s Global Forum on Steel Excess Capacity in November this year.

Some last-minute maneuvering by the Trump administration saw such strong language being inserted into the communique to fight protectionist measures and ensure reciprocity in trade and investment frameworks. Many saw this as a departure from attempts to include similar language at the G20 finance ministers’ meeting in March, barely a month before the U.S. had launched investigations to determine whether cheap steel imports posed a threat to U.S. national security, startling many sector experts.

Calls to lower overcapacity are largely aimed at China, producer of half of global crude steel output until May 2017. Even though China has insisted it had clamped down on polluting and unviable steel capacity, the impact on steel production has been negligible so far, experts say. (Stuart Burns wrote on the subject of capacity cuts last week.)

Even at the 2016 G20 summit, European and U.S. leaders asked China to accelerate capacity cuts, blaming its big exports on slumping prices and accusing it of dumping cheap metal in foreign markets.

India’s steel industry has come to rely on exports since its domestic demand had not kept pace with the increase in capacity. While some in India say the country needs ready access to global steel markets, any such protectionist move could put pressure on growth.

On the other hand, other experts were of the view that the move could resolve a large part of the non-performing assets problem in the Indian banking sector. At the moment, a number of Indian steel companies were facing bankruptcy and their lenders were looking to sell their assets.

Any move by G20 companies to support the world steel prices would eventually help Indian companies’ realizations from exports.