What’s Next for the Brazilian Steel Market? 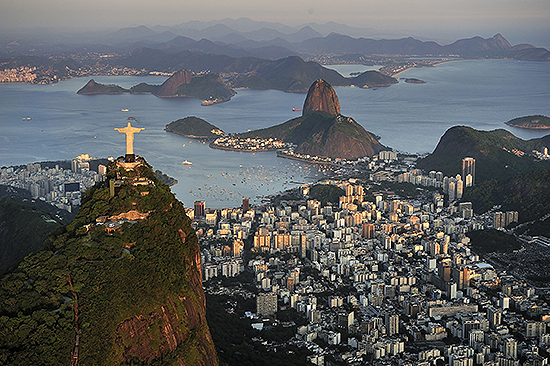 Felipe Peroni and Ana Paula Camargo of MetalBulletin spoke July 19 during a webinar about the Brazilian steel market — particularly, the slab market and hot-rolled coil (HRC).

Brazil is the largest steel exporter in South America, with increasing production this year. Brazil exports primarily to the U.S. and Mexico, with Mexico serving as the second-largest steel producer in South America. According to preliminary U.S. Census Bureau for June 2017, the U.S. imported 590,473 metric tons of steel from Brazil, up significantly from the 259,285 metric tons imported in June 2016.

Brazil’s political crisis resulted in the impeachment of President Dilma Rousseff at the end of August 2016, which negatively impacted the economy and reduced investment activity in Brazil.

The lack of investments and spending have negatively impacted steel demand.

Although many expect demand to improve in the next few years, the Brazilian economy has not yet rebounded.  The recovery has taken longer than expected.

Even Brazilian auto sales remain in a downtrend since 2013 (when they last peaked).

In terms of domestic Brazilian steel prices, China is the main driver of the steel industry.

Both Chinese CRC and HRC prices have increased since April of this year. Considering a long-term perspective, the uptrend started in February 2016. Chinese steel prices, like they do in the U.S., also drive other domestic steel markets, including Brazil’s.

The latest increase in Chinese prices gave upward price momentum to Brazilian steel prices, together with the recovery of the steel industry. Brazilian mills increased margins to remain profitable.

Even though the Brazilian steel industry is recovering from its previous downtrend, it does not yet appear anywhere on the list of the top steel producers around the world. According to the Top Steelmakers 2017 edition published by MetalBulletin, the top Brazilian mill took 20th place.

What This Means For Industrial Buying Organizations

Even if Brazil is not currently a top producer of steel, the country currently exports steel to the U.S. If prices increase in Brazil, we expect U.S. buying organizations to source elsewhere.

In fact, buying organizations have reported to MetalMiner that prices for steel in Italy and Spain are some of the lowest in the world.

Moreover, rising Brazilian steel prices point toward a general uptrend. Specific price dynamics will depend on the specific form of steel.

Further analysis and industrial buying strategies can be found in the Monthly Outlook Report.