This Morning in Metals: Trump Administration Close to Decision on China Trade Policy? 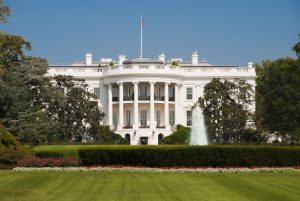 This morning in metals news, President Donald Trump might be close to a decision on how to deal with what are considered unfair Chinese trade policies, environmentally friendly aluminum produced by hydro-powered smelters is coming at a hefty price tag and aluminum got a positive boost Wednesday that might prove short-lived.

Trump Could be Close to Decision on China Trade

According to a Reuters report, a Trump administration official said President Trump is close to a decision on how to respond to Chinese trade practices he considers unfair.

Section 301 was most recently used this past December by the Obama administration in the long-running dispute over the EU’s ban on U.S. beef, which dates back to 1989.

‘Green’ Aluminum to Cost a Lot of Green

Hydro-powered aluminum smelters producing so-called “green” aluminum are charging quite a bit for their product, according to a Reuters report.

Why? It’s partly because industrial consumers are under pressure to reduce their carbon footprints, so demand is high.

Will more and more companies get on board with aluminum produced by more environmentally friendly processes? It’s safe to say that demand will likely only continue to grow in this sector (and for greener products and processes, generally).

Aluminum Gets a Boost, But It Might Not Last

Continuing with the aluminum thread, the metal got a boost Wednesday on news of expected capacity cuts, Reuters reported.

According to Reuters, the aluminum price moved up because of expectations of Chinese capacity cuts. However, as has been mentioned here before, the aluminum momentum might not last, as the capacity cuts might just end up being wiped out by new capacity.

For example, Hongqiao Group plans to shut more than 2 million tons a year of outdated smelter capacity, Reuters reported — but after new investments, capacity will likely remain around current levels.

PREVIOUS POST:
This Afternoon in Metals: Aluminum Use in Vehicles Expected to Rise
NEXT POST:
A Rising Tide Lifts All Steel Markets — But Not All to the Same Degree