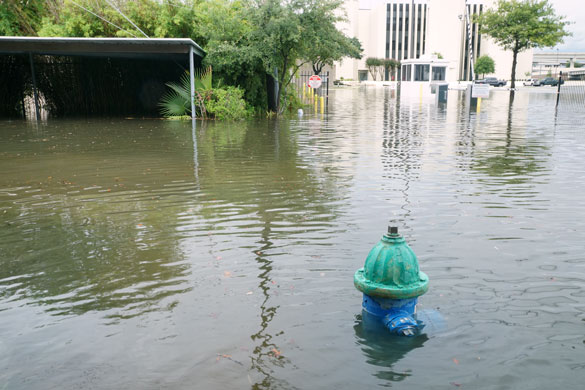 Hurricane Harvey may have lashed Texas and Louisiana with 120 mph winds and record rainfall creating a disaster of near biblical proportions, but the Houston Automobile Dealers Association is already estimating the impact on the used car market.

Quoted by CNBC, Stephen Wolf, chairman of the association, estimates that Harvey could have wrecked as many as half a million vehicles — resulting in, once the floodwaters recede and insurance companies pay out, a significant boost for the already robust used car market.

Houston alone is a top 10 market for new vehicle sales, according to Bloomberg, while the Houston metropolitan area ranks eighth nationwide in registered vehicles, with 5.6 million in operation prior to the storm. Bloomberg reports that more than 325,000 new vehicles were sold in the region during the last 12 months and as many as 130,000 new vehicles that were on dealer lots in the Houston area may have to be scrapped because of flood damage. Demand to replace dealers’ and owners’ lost vehicles would be a welcome boost to an industry that had seen its annualized selling rate drop to 16.4 million vehicles in August from 17.2 million a year earlier.

By way of a comparison, Reuters cites the experience of auto sales in New York following Hurricane Sandy in October 2012. The following month, auto sales rose 49% compared to the previous year, with all the replacement sales caused by the widespread flooding of the New York metropolitan area arising in the few months following the disaster.

Although all manufacturers could see an increase in demand for replacement vehicles, some brands are likely to benefit more than others.

Texas generates 9% of U.S. light vehicle retail sales but is the nation’s No. 1 truck market, accounting for 40% of all full-size truck deliveries so far this year, according to Reuters. One in every five vehicles sold in Texas has been a full-size truck and the state has been a top market for Ford, Ram, GM, Cadillac and Mitsubishi.

If there is one thing a catastrophe like the flooding resulting from Harvey shows, apart from building your house on a hill, it is that large, four-wheel-drive SUVs tend to survive such conditions better than an economical subcompact. You can bet Texans will not be compromising on vehicle size when it comes to replacement.

While automakers and the used car market are taking a hit in the immediate aftermath of the storm, as the floodwaters recede optimism is recovering as the extent of vehicle losses becomes apparent.