Home | Environment | After Harvey, Irma Leaves Its Own Trail of Destruction
Industry News

After Harvey, Irma Leaves Its Own Trail of Destruction 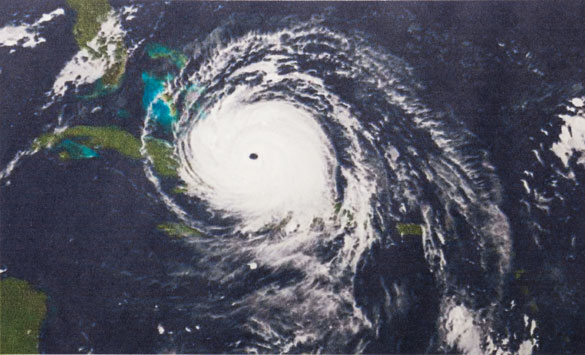 Hurricane Harvey left a trail of destruction throughout southeastern Texas and southwestern Louisiana. Those impacted regions have a long road to recovery.

But not long after Harvey, Hurricane Irma made landfall in the continental United States, compounding the havoc wreaked by Harvey.

According to Dr. Joel N. Myers, founder, president and chairman of AccuWeather, Irma will prove to have been the worst hurricane to hit Florida since Hurricane Andrew in 1992.

The storms, one after the other, marked the first time in 166 years of weather records that two Atlantic Category 4 hurricanes made landfall in the United States in the same year.

Like Harvey, the extent of Irma’s damages will become clear over time, but there will certainly be significant damages to homes and other properties, and even vehicles. Enki Research estimated damages may reach $49 billion.

“Rebuilding is going to be a big challenge, because all of a sudden you’re going to be taking, Miami for example — downtown Miami took decades to build up over many market cycles,” said Don Peebles, founder and CEO of The Peebles Corporation, in a Bloomberg television interview. “Now we’re going to have to rebuild a large part of that right away.

“So there’s going to huge demand on materials, huge demand on labor. There will be a stimulation in the economy. I would expect, in terms of building materials, to see some dramatic price increase, because of supply and demand.”

In addition to the massive humanitarian and infrastructural toll of Harvey, it impacted the metals industry. Similarly, Hurricane Irma — which has left its own trail of destruction through the Caribbean before moving into Florida over the weekend — has also impacted metals industry — and trade, in general — in the broader region.

According to Reuters, the nickel industry in Cuba shut down as Irma approached late last week.  The state-owned Ernesto Che Guevara was closed, and a joint venture with Canadian miner Sherritt International Corporation was operating at minimum capacity and was set to close on Thursday, Reuters reported.

Port Miami closed as Irma approached, but reopened Tuesday, according to an alert posted on the port’s website. However, the port is still closed to for marine traffic “until further notice.”

Truck and gate operations remain closed for two terminals in the port, the alert said.

“Currently ports in eight port sectors in the Caribbean, Florida, North Carolina, and South Carolina are either closed or open with restrictions,” according to the Department of Energy release this morning.

Like Harvey, Irma also had a significant impact on the gasoline market, as the storm shut down gas stations and crippled tanker traffic, Bloomberg reported.

On the heels of Harvey — which shut down refineries and saw gas prices rise nationwide — Hurricane Irma yielded a sort of multiplier effect on the Florida gas market. According to the Tallahassee Democrat, Florida relies on its ports system for 90% of its gasoline.

As of Tuesday morning, the national average gas price stood at $2.66 per gallon, while the Florida state average was $2.71 per gallon, according to the AAA website. Gas prices have skyrocketed in the state over the last month. The average Florida gas price has risen from $2.27 one month ago to $2.71, a 19.3% increase.

Impacting things is the fact that that refining capacity in Texas has yet to fully recover from the wreckage of Harvey.

As of Tuesday morning, four refineries in the Gulf Coast region with a total capacity of 734,000 barrels per day were shut down, the Department of Energy reported. In addition, six refineries are in the process of restarting, which can take “several days or weeks,” depending on levels of damages to the facilities, according  to the department.

Five refineries with a combined capacity of 1,724,500 barrels per day are operating at a reduced capacity.

Although the recovery effort post-Harvey is well underway, and Irma was downgraded to a tropical depression yesterday (and dubbed a post-tropical cyclone by the National Weather Service Tuesday morning), the hurricanes’ combined impact on the energy market will linger until capacity can be restored and ports return to regular business.

However, in some instances a decline in fear of Irma has also had some impacts, particularly for gold, the Financial Times reported.

Demand for the safe haven metal declined as fears over North Korea and Irma’s impact declined, according to the report. In fact, the price of gold declined to its lowest level since early July.