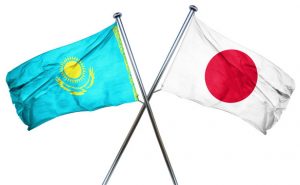 The U.S. Department of Commerce has been busy this year.

The department added another investigation to its agenda, announcing late last week that it had launched antidumping and countervailing duty investigations into titanium sponge imports from Japan and Kazakhstan.

“The Department of Commerce intends to act swiftly to halt any unfair trade practices and will render our decisions at the earliest opportunity, while also assuring a full and fair assessment of the facts,” Secretary of Commerce Wilbur Ross said in a release. “The U.S. market is the most open in the world, but we must take action to ensure U.S. businesses and workers are treated fairly.”

The case comes on the heels of petitions filed by Titanium Metals Corporation (TIMET) on Aug. 24.

The investigations will seek to determine whether titanium sponge from Japan and Kazakhstan is being sold at less than fair value, as well as if the imports from Kazakhstan are receiving countervailable government subsidies.

Imports of titanium sponge from Japan and Kazakhstan were valued at an estimated $144.8 million and $374,000, respectively, according to the Department of Commerce.

The U.S. International Trade Commission (ITC) will make a preliminary determination in the cases on or before Oct. 10. Assuming the ITC determines there is a reasonable indication that imports of the product threaten the domestic industry, the Department of Commerce will then issue a preliminary determination in the countervailing duty case by Nov. 17, 2017, and the antidumping cases by Jan. 31, 2018.

TIMET, based in Exton, Pennsylvania, supplies nearly a fifth of the world’s titanium, and has production facilities in both the U.S. and Europe, according to its website.