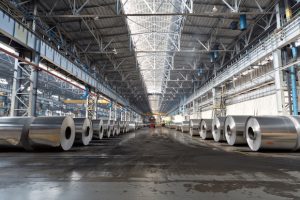 Standing in for Fouad Egbaria, here is your morning in metals, folks.

Feeling behind on aluminum industry activity and economic drivers? Look no further than the Aluminum Association’s latest comprehensive rundown, including import trends and key raw material inputs such as energy.

According to their highlights, the majority of aluminum imports into the U.S. are in ingot form. “After three consecutive months of declining volumes, ingot imports increased 1.8 percent month-over-month in July,” the report states, citing U.S. Census Bureau figures. “Nevertheless, imports of ingot increased 19.0 percent year-over-year in July, and are up 22.7 percent year-to-date over the same period in 2016. While the growth has occurred across the spectrum of ingot importing countries, the largest year-to-date increases have originated from South Africa, India, and Australia.”

President Trump made quick moves to ax the Clean Power Plan, whose benefits the previous administration said would dwarf its costs (of which, MetalMiner speculated, there would be many).

Now, Trump and his EPA chief, Scott Pruitt, are trying to massage the numbers behind those costs and benefits — and it may be a tough proposition to get things right.

Electric Cars All the Rage?

Arnoud Balhuizen, chief commercial officer at BHP, was quoted by Reuters as saying on Tuesday that 2017 will be a “tipping point” for electric cars, adding that “the impact for raw materials producers would be felt first in the metals markets and only later in oil,” according to the news service.

“In September 2016 we published a blog and we set the question – could 2017 be the year of the electric vehicle revolution?” Balhuizen said in an interview, Reuters reported.

MetalMiner’s correspondent in India, Sohrab Darabshaw, will have an upcoming piece later this week about how that very revolution is shaping up in the world’s second-most populous country – stay tuned!