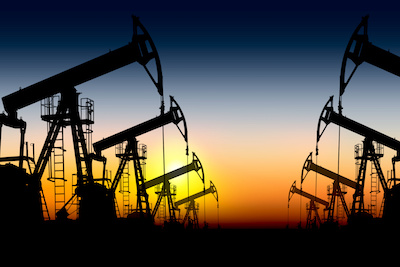 This morning in metals, the U.S. dollar index is up, while gold and silver prices are on a downward trend and oil prices dip slightly from Monday’s high. In addition, there’s a very intriguing potential source of renewable energy on the horizon.

A drop in U.S. oil inventories has helped oil prices stay more or less steady, Reuters reports. The biggest factor supporting oil prices has been Turkey’s threat to cut off oil exports from Kurdistan, and this past Monday, the price of oil came close to $60/barrel for the first time since June 2015.

Gold and silver prices fell to four-week lows as the U.S. dollar index climbed to a five-week high, fueled by the expectation that the Feds will hike up interest rates again, Reuters reports.

Could 70% of U.S. energy come from plain old H2O? According to new research, energy from water evaporation could provide a staggering 325 gigawatts of power.

At the heart of this system are Bacillus subtilis spores that curl in response to evaporating water. When the spores are stuck to a piece of tape, the tape contracts as the spores curl. A team of Columbia University scientists experimented with floating a shuttered structure on top of the water, allowing the water condensation to be captured and the process to continue. The force generated, Newsweek explains, can be turned into electricity.

Let’s not defund science research, shall we?

PREVIOUS POST:
Fed’s Unwinding of Stimulus Program Could Have Global Ripple Effects
NEXT POST:
It’s Still (Basically) All About China