It’s Still (Basically) All About China 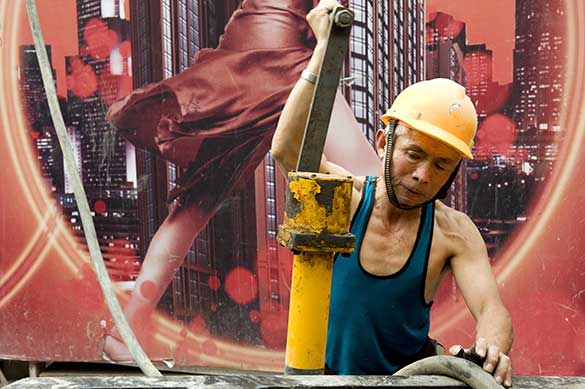 It seems to be the perennial question among those dependent on and those active in the metals market – what are the prospects for China?

And, well,  we should be concerned.

As both the world’s largest producer and largest consumer – in many cases constituting nearly half of global consumption and production of many metals – China and what its economy does is the primary driver on price direction and pace of change.

This year, metal prices have risen strongly on the back of robust demand fueled in part by a mini stimulus boom initiated last year. Anxiety is growing as to how long China can keep that demand solid and what the medium-term impact of the country’s rising debt-to-GDP ratio will be. The rising “credit gap” is split 70% in the stodgy public sector, which is contributing relatively less to growth and not in the more dynamic private sector where most growth is being generated.

As such, Beijing feels it has enough ammunition to handle any fallout without it seriously impacting the economy — and with the economy growing in a broad-based manner, across manufacturing, trade and services as well as construction. HSBC, in their most recent Metals Quarterly, remains cautiously optimistic that growth will remain solid around 6.7% next year.

For metals consumers, however, it has been about more than macroeconomic issues.

Supply-side reform has been a major driver of price this year, with enforced consolidation in the steel sector driving shortages of certain product areas like rebar, and hence fueling price rises. Meanwhile, smelter closures in aluminum have pushed prices to multi-year highs. Arguably those price rises are investor-fueled and could, at current levels, be somewhat overdone — but much depends on how vigorously Beijing continues to implement environmental policies during the upcoming winter heating period.

Clearly the market thinks it will follow through with the policy as investors are positioning themselves for shortages within China. Although the rest of the world is technically in deficit, comparing production to consumption in that country results in still more than 85 days of inventory with unknown additional tonnage available in stock and finance trades. This will act as a damper on price rises in the medium term, but the market is quite capable of spiking further in the short term.

We will have a follow-on article on steel, nickel and stainless, where despite prices being off recent peaks, there is much to suggest we will not see a sell-off next year and prices could be well supported at current levels.