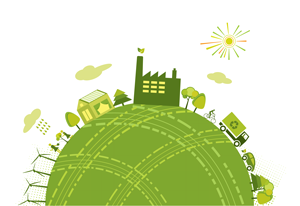 This morning in metals news, the Environmental Protection Agency (EPA) announced it will take steps to repeal the Obama-era Clean Power Plan, copper hit a four-week high and two Russian tycoons are selling a 3% stake in aluminum giant Rusal.

Obama Initiative to Curb Emissions to be Rolled Back: EPA

The EPA announced Monday that it would begin to take steps to roll back the Obama-era Clean Power Plan, which sought to bring down emissions from power plants, The New York Times reported.

While constituting a loss for the environment, the measure marks a win for industry. (For a review of the costs associated with the plan, our Taras Berezowsky delved into the issue in this 2015 post.)

Scott Pruitt, head of the EPA, made the announcement in Kentucky yesterday.

“The war on coal is over,” Pruitt said, as quoted by The New York Times. “Tomorrow in Washington, D.C., I will be signing a proposed rule to roll back the Clean Power Plan. No better place to make that announcement than Hazard, Ky.”

The repeal proposal will be filed with the Federal Register today. The EPA announced its launch of a review of the plan on April 4.

After a cooling down in September, copper has hit a four-week high, Reuters reported.

The uptick comes as a function of expected supply shortages in China, according to the report.

Rusal Stake to Be Sold Off

The value of the 3% stake is worth $341 million based on Rusal’s closing price Tuesday, Reuters reported.