Holiday in India Means Demand for Gold Will Rise 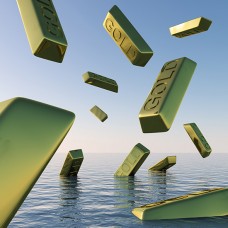 If you were in India right now, someone is bound to tell you that it’s that time of the year.

He or she would be referring to the almost-three months of festivals and wedding season, which India sees starting from sometime late August and continues until early September. More specifically, just under a week remains before that “mother of all Indian festivals” — Diwali, the fest of lights.

All this also means an uptick in shopping, but, more specifically, gold shopping.

Indians love their gold, and any excuse is enough to buy some more of the yellow metal. But Dusshera (a major Hindu festival preceding Diwali) and Diwali are special occasions, reserved for buying as much gold as possible. All of this makes India the second-largest gold-consuming market in the world.

This year, there was a slight damper on Indians’ demand for gold.

As part of the new tax reforms, the government included jewelers in the Prevention of Money-Laundering Act (PMLA) in August. This meant a compliance requirement on part of the buyer for any purchase above US $760 (Rs 50,000), including providing their income tax identity.

Incidentally, gold and real estate are the two investment opportunities that were often misused by hoarders of cash or those dealing in the black economy.

For some time, then, there were no “high value” deals as jewelers across the country, their associations and potential customers protested.

So, while September import figures of gold (in the month of Dusshera) were robust, they could have been even higher if the PMLA was not in effect, some associations claimed.

According to a report put out by news agency Reuters, India imported 48 metric tons, equivalent to $2 billion at today’s prices, in September. But since Dusshera fell in September instead of October this year (it follows the lunar calendar), the import figures compared to September 2016 were up, though on a month-on-month basis, it was lower, because of the uptake being down due to the PMLA.

But a decision by the government a few days back has brought back the cheer in the lives of gold consumers in India.

The PMLA has been put on hold for now, which means people can go ahead and buy gold without providing any of the previously required documents. Jewelers are hopeful the gold-buying spree, normally seen during these festive months, will at least revive in October, especially around Diwali. Imports are expected to go up to about 70 metric tons per month.

Just to give readers an idea of Indians’ love of gold, Indian households have the largest private gold holdings in the world, standing at an estimated 24,000 metric tons. That figure reportedly surpasses the combined official gold reserves of the United States, Germany, Italy, France, China and Russia.

This year, even the Indian government wants to take advantage of the festive gold bonanza.

Showing impeccable timing, it has announced the launch of new sovereign gold bond schemes. Never before has such a scheme been announced around festival time.

The bonds issue opened Oct. 9 and remain so until Dec. 27, covering the festivals of Diwali and Christmas.

The government has also made important changes to attract high-value investors, raising the annual investment limit per person from 500 grams to 4 kilograms. For trusts and similar entities, the limit was raised to 20 kilograms. This higher limit will make the scheme attractive for high-net-worth individuals who had not participated in earlier schemes, as they found the 500-gram limit to be too low.