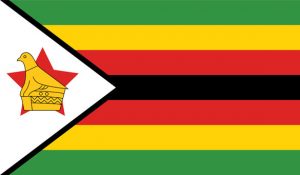 It seems almost churlish to remind Zimbabweans who are celebrating in the streets following the announcement last week that tyrant Robert Mugabe has finally been forced by his own party (and the military) to resign after 37 years of progressively more authoritarian rule, that his removal was the relatively easy bit.

Now begins the long journey of stitching back together an economy devastated by decades of corruption and mismanagement. That period has left the average per capita GDP in Zimbabwe at just $1,008, less than a fifth of that in neighboring South Africa.

The military seems content with replacing Mugabe with one of his closest aides, former Vice President Emmerson Mnangagwa, many fear they are simply replacing one tyrant with another.

The authorities are at pains to maintain a veneer of legitimacy to what is in effect a coup, but the proof of the pudding will be if free and fair elections are held within a reasonable time frame. Mugabe claimed he was democratically elected, but, in reality, although in 1980 he was voted in on a broad-based groundswell of popular support, widespread vote rigging and intimidation has assured his re-election for the last twenty years.

The tragedy and opportunity for Zimbabwe is the country is fabulously blessed in natural resources.

Tragedy, because as in so many African countries, politicians have been unable to resist the temptation to blunder any source of wealth for their own ends — think Nigeria, the DRC and South Sudan — but blessing because at least the country has the means, if they can find the political resolve, to turn the economy around.

Tragically, Zimbabwe is so rich in coal and hydroelectric power that it should be exporting electricity to neighboring states, yet it imports 40% of electricity requirements, primarily from Mozambique. When Mugabe was swept to power in 1980, gaining independence from white minority rule, Zimbabwe was known as the bread basket of Africa for its phenomenally productive agricultural sector. However, as white farmers were driven off the lands and Mugabe’s supporters were handed the requisitioned farms, productivity plummeted and Zimbabwe now imports foodstuffs. Cereals are the second-largest import item after oil, and account for 10% of Zimbabwe’s overseas purchases.

Domestic critics — and Mugabe was the most vocal — blamed colonialist western firms for exploiting Zimbabwe, justifying the gradual theft of their mining rights and assets, but as they left so did the free housing, health care and education they provided to workers.

Now in a country of just 16 million people and bursting with mineral, agricultural and natural resources, they suffer unparalleled unemployment, up to 95% according to Forbes this year.

An example of rampant corruption is the Marange Diamond Policy, announced with great fanfare as aimed at returning wealth to local communities. It collapsed some years later after at least $15 billion from diamonds revenue was unaccounted for.

Zimbabwe has the world’s second-largest platinum reserves, as well as ample deposits of gold, nickel, diamonds and coal, yet the lack of external investment should come as no surprise. According to Transparency International, Zimbabwe ranked 163 out of 176 countries in terms of perceived corruption.

In addition, the ruling Zanu PF policy of government by patronage involves high politico-economic risk for investors, while at the same time investment in infrastructure has been virtually non-existent. Mineral extraction requires multimillion-dollar investments in roads and rail to allow raw minerals to reach global markets. Such investment decisions are not taken lightly, especially in a country where the rule of law and security tenure is absent.

To realize a widespread economic recovery, the country will have to oversee the establishment of a free and independent judiciary, end corruption and rule by political patronage.

Unfortunately, the military’s replacement of Mugabe by Mnangagwa suggests they are more about maintaining the status quo than real change.

The primary objective seems to be heading off Mugabe’s ambitious wife, Grace Mugabe, whom he was positing as his heir. Mnangagwa was a longtime Mugabe ally, nicknamed “the Crocodile” according to the Washington Post for his reputation for shrewd but often brutal tactics. The U.S. State Department once said he was “widely feared and despised throughout the country” and “could be an even more repressive leader” than Mugabe.

Will Mnangagwa effect real change? Many outside the country fear history suggests otherwise.

While Zimbabweans celebrate in the streets, it does feel negative to be discounting the intentions of the incoming administration. The onus, however, will be on Mnangagwa and his clique to prove doubters wrong.