Electric Takes to the Skies 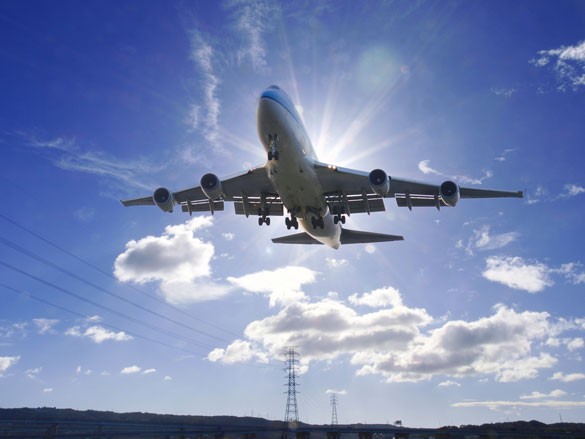 We are used to the idea of electric cars, electric bikes, electric buses and electric trains. Most are in their early stages, but are economically viable with varying degrees of subsidy and the technology is developing rapidly to improve efficiency and further bring down costs.

Well, there has been plenty of media attention on single-person transports, essentially beefed-up drones with four corner fans capable of carrying one, possibly even two, people. However, both technologically and economically, they are some way from being a viable product, without even beginning to consider the approval and regulatory process.

But two factors are driving the development of electric passenger aircraft that is encouraging the investment of considerable sums of money and fast-tracking potential roll-out of a viable product.

A New Type of Engine

The E-Fan X demonstrator will a use modified four-engine BAe 146 by replacing one of its gas turbine engines with a 2MW electric motor, followed by a second engine as the program progresses.

By 2020, the group hopes to have a demonstrator flying using a jet turbine generator positioned in the fuselage to power the electric engine. Any excess power from the generator will be stored in banks of batteries in the fore and aft holds. The stored energy would be used during takeoff and landing. 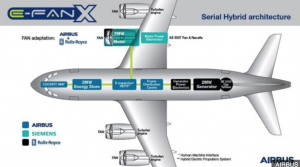 What About Emissions and Noise?

What’s driving the investment are two dynamics. Firstly — and not surprisingly, when you consider that all three firms are European — is the issue of emissions.

A jet turbine running at a constant steady state is expected to be more fuel efficient and emit less Nox and CO2 than conventional jet engines, which are ramped up and down in power output frequently during a flight. There is the hope it will also be more fuel efficient, jet fuel makes up a large proportion of a typical aircraft’s running cost (17-36%, depending on the price of fuel). Any saving, however small, would be a competitive advantage.

Secondly, there is the noise, as a Telegraph article explains. Airports are desperate to reduce noise levels, despite the huge gains that have already been made in recent years. Airbus’s A380, the article states, emits only half as much noise as an older 747 on departure, and three to four times less on landing.

Some aircraft are even beginning to limit 90 decibel emissions on departure (equivalent to a diesel truck going by) to within airport boundaries, but the pressure from local communities is so intense that some airports penalize noisier aircraft, creating a financial incentive to reduce levels further.

London’s Heathrow, for example, charges the 1% of visiting aircraft that are still very noisy 10 times as much as the quietest ones. An electric aircraft engine, like an electric car engine, would emit a fraction of the noise level that current conventional turbines emit.

The rewards, therefore, are substantial; but so, too, are the challenges.

Improvements in batteries and electric motors are key, but so are further weight savings to reduce the demands put on those key components. Rolls Royce, for example, is said to be working to make the turbine as light as possible, and that “parts of the engine, generator and power electronic systems will be integrated to reduce weight.”

Research will no doubt drive further innovation in aircraft materials — indeed, it will need to if hybrid aircraft are to stand a chance of achieving a viable range — but the prospect of marrying the best of current jet propulsion with the best of electric turbine technology seems to have more potential than the prospects for all electric in the foreseeable future.