This Morning in Metals: Toyota, Panasonic Mull Working Together on Electric Batteries 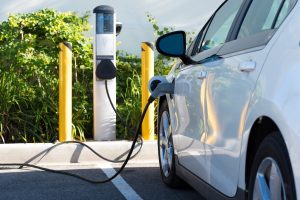 This morning in metals news, Toyota and Panasonic are considering working together on developing electric car batteries, U.S. Steel did not test for toxic materials after a chemical spill into Lake Michigan in October and U.S. raw steel production last week was up 4.3% compared with the same week in 2016.

According to Reuters, Toyota and Panasonic are considering joining forcing in developing electric batteries for vehicles.

Panasonic already manufactures batteries for Toyota’s gasoline-electric and plug-in hybrid vehicles, according to the report.

Documents posted online by state regulators Tuesday show that following a U.S. Steel chemical spill in a Lake Michigan tributary in October, the company did not test the waters for toxic materials, according to the Chicago Tribune.

The October spill was the second of the year for U.S. Steel, the first affecting the same waterway in April.

According to the Tribune report, an inspector from the Indiana Department of Environmental Management visited U.S. Steel last month, when plant managers told the inspector they decided not to test for hexavalent chromium in the water.

U.S. raw steel production for the week ending Dec. 9 jumped 4.3% compared with the same week last year, according to a report from the American Iron and Steel Institute (AISI).