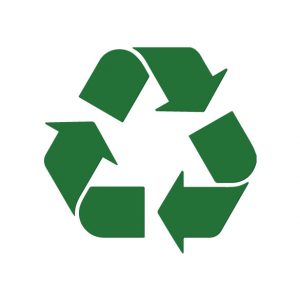 Materials are used and, eventually, might be headed toward landfills or incineration — or, in a more environmentally friendly fate, they can be recycled and thus repurposed for additional uses.

According to the European Steel Association (EUROFER): “Measuring recycling at the waste collection stage, which is how it has been done until now, generates significant losses later on in the recycling value chain. This means there has been a need for targets for ‘real’ recycling that correctly measure how much material is really recovered from waste and actually reprocessed.”

Steel is one example of a metal that is widely used and capable of being recycled for reuse.

“Steel recycling is essential to the creation of a European circular economy; the establishment of this circular economy requires harmonised and coherent waste legislation,” the EUROFER release states.

“The agreement reached by the European Parliament and Council is a step forward because it proposes a methodology measuring recycling rates when waste materials are reprocessed into new products – we cannot accept that recyclable material is lost on the way to final recycling in steel production facilities,” Eggert said.

Even so, he admitted there’s still work left to do.

“However, the proposal only goes part of the way towards accurate, harmonised measurement of real recycling because a derogation allows member states to declare material as ‘recycled’ even after an early waste sorting stage,” Eggert said in the EUROFER release. “This will give vastly different results than measuring recycling at the stage of reprocessing into new products.

“This outcome means that, despite the welcome ambition shown by the member states, the legislation will remain incomplete and will allow for disparate recycling rates between the member states. The role of the Commission will be even more important during the implementation phase in ensuring greater harmonisation and reducing data gaps, tasks which are in the interest of all the member states.”

Meanwhile, the European Environmental Bureau (EEB) used the word “timid” to describe the steps taken toward the s0-called circular economy.

“This is not the outcome we all hoped for, but it is nonetheless a significant improvement compared with the laws that are currently in place,” said Piotr Barczak, waste policy officer at EEB, in a release. “We are happy the discussions are now over. Now member states and EU institutions need to build on this decision to fully transition to a circular economy.”

According to the EEB, less than 50% of E.U. waste is recycled. It remains to be seen whether E.U. member states will hit the recycling goals included in this latest batch of reforms and if the concerns Eggert raised become an issue.