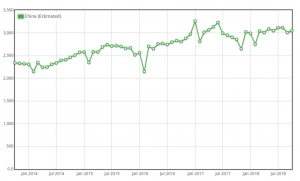 Reuters reported earlier this month that lower aluminum prices have prompted a decline in Chinese production in recent months, even before winter cuts take a bite into production total. According to the report, Shanghai aluminum prices fell 2.1% in October. 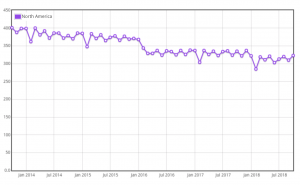 North American production through the first 10 months of the year hit 3.127 million tons, down from the 3.291 million tons during the same period in 2017.