We just love it when a developing technology opens up a new demand for metals. Wind power cannot be said to be new, but advances in technology are rapidly making wind power a viable alternative to conventional power generation.

The critical point will come, according to an Economist report this week, when a carbon tax is levied on coal fired power stations. Even the industry widely believes this will happen, as witnessed by the dozens of new coal fired power plants stuck in the project stage pending a ruling on how much and when. END_OF_DOCUMENT_TOKEN_TO_BE_REPLACED

In a move that analysts consider a bullish sign for the industry, four Chinese gold producers are battling over rights to develop the promising Yangshan Gold Mine. China now produces more gold than any other country, even South Africa, and the mine is rumored to be China’s largest gold bullion deposit.

Although full financial details have not been released, the Wall Street Journal wrote last week that the government-owned Yangshan mine, located in China’s western Gansu province, “was discovered last year and is estimated to have 308 metric tons of gold reserves, according to a report last year from China’s state-run Xinhua news agency. At current gold prices of $893.50 an ounce, 300 metric tons would be worth $9.5 billion.” Shanghai-based Shandong Gold-Mining Co., unlisted China National Gold Group, and Hong Kong-listed Zijin Mining Group Co.  and Zhaojin Mining Industry Co. have all expressed interest. It could cost the selected company more than $872 million to develop the mine. END_OF_DOCUMENT_TOKEN_TO_BE_REPLACED

Anodized aluminum casings and a magnesium alloy cover can make a drastic difference in  laptop care–and disposal, given the recyclability of the materials. This week, HP introduced the latest HP EliteBook 6930p, a small-sized laptop with abilities that read like an all-terrain vehicle. Whether you’re working in extreme conditions or checking e-mail in the kitchen, this military-grade laptop passes the MIL-STD 810F for high temperature, altitude, humidity, dust and vibration, CrunchGear shares.

The notebook’s HP DuraCast has an inner magnesium shell, and the anodized aluminum surface includes HP DuraFinish, a scratch-resistant coating that can withstand almost anything. Want to clean your laptop with steel wool? Go for it! 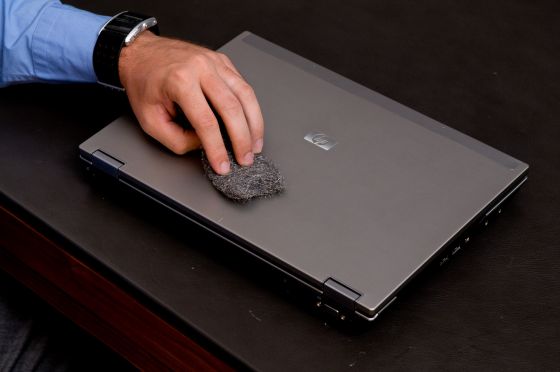 Coal as a Dwindling Resource

When I was a science undergrad, I would read time and again how coal reserves were sufficient for 200-300 years of demand. So why do we have what appears to be a world shortage and prices rising exponentially year  over year?

It’s not what’s in the ground; it’s how readily you can get it out and move it. So if demand temporarily outstrips supply, it’s just a matter of extending existing mines or  investing in  new ones and building some more coal carrying vessels, right? Maybe not, according to a  report in purchasing.com  which made the rather alarming prediction that prices would continue to rise, possibly double, due to dwindling supplies. END_OF_DOCUMENT_TOKEN_TO_BE_REPLACED

Prediction Markets — Imagine If They Were Available For Metals Markets

This is part one of a two-part series.

My sister-in-law gave my husband and me a subscription to Wired Magazine last holiday season. The gift was thoughtful. We both write a blog: he writes SpendMatters and, well, you are reading the one that I write. We both enjoy our eclectic friends from all over the world in various industries. Our kids inform of us of the latest shows; our friends show us the latest in internet gaming. So when I stumbled upon an article titled The Crowd Calls it Wrong, I became very intrigued. Of course, the article rubbed it in a little, “As you’ve no doubt heard, prediction markets are online trading sites that let people buy and sell shares tied to, among myriad other things, the fortunes of candidates and parties…”

I admit, I had heard snippets about these predictive markets. I remember reading about something Google did internally. Unfortunately, I didn’t really connect all of the dots. My tech-savvy husband, though, knows them fairly well, and mentioned that there are companies who license such applications for as little as a few thousand dollars a year. Or, one can try an open source model such as Zocalo. END_OF_DOCUMENT_TOKEN_TO_BE_REPLACED

Automaker Seeks 25% Cost Down From Suppliers in This Steel Market?

A cost down from the American automotive industry? Surely you jest. As you read in MetalMiner’s last post, US automakers are in trouble financially —  and Chrysler’s recent announcement that it is seeking a 25% cut in parts prices doesn’t change this writer’s point of view. Although Chrysler’s CPO, John Campi, intends to meet with legendary purchasing czar Tom Stallkamp for cost down ideas, 25% seems like a pretty big long-shot in this market. END_OF_DOCUMENT_TOKEN_TO_BE_REPLACED

ThomasNet’s newish blog, Industrial Market Trends,  included a great piece last week on “Managing Spiking Metals Prices”. It is highly worth reading, as it refers to a white paper presented by the North American Die Casting Association (NADCA) on methods to cut risk out of spiking metals prices. Its recommendations are so worth reading that I’d like to recap them here:

1. Hedging  — the notion is to reduce price change risk by purchasing in the futures markets. This is workable for metals that are traded on an exchange (e.g. the base metals, precious metals etc). It will, in the future, be available for a range of steel products as we have been reporting. But some organizations are not able to take advantage of hedging techniques because their volumes don’t justify hedging, the cost of the hedge is higher than the risk and for a host of other reasons that we could write about. END_OF_DOCUMENT_TOKEN_TO_BE_REPLACED

The Return To Market Fundamentals?

An interesting article in Mineweb last week explored the nature of the current base metals market and how contrary to the last few years of relentless rises, some metals have come down substantially over the last 6 months. The article suggests we have a return to fundamentals, meaning supply and demand now drives the markets. Consequently, some metals are still powering ahead like tin,  although others have dropped around 50% from their highs, like zinc, lead and nickel. What has changed from just 6-9 months ago that justifies such a dramatic turnaround? END_OF_DOCUMENT_TOKEN_TO_BE_REPLACED

China has come under a lot of adverse  press during the last year or two over its investments in mining resources around the world, particularly in Africa. The suggestion is that China is trying to corner the world market on raw materials, depriving the rest of the world from access. What is the reality, and are these accusations justified? END_OF_DOCUMENT_TOKEN_TO_BE_REPLACED

We don’t necessarily share the analysts‘ predictions that there is an imminent risk of aluminum rising to $3300/mt and beyond this summer — but we can see good support for the metal around current levels af $2900/mt. Where slowing demand is finally resulting in an easing of prices for most metals, aluminum is exposed to the risk of power brown outs disrupting supplies in many markets: Brazil, New Zealand, South Africa and most notably China. Consumption is forecast to grow in China, although we doubt the figure noted of 20-30% will be met this year as the economy cools slightly. Demand is softening in western markets, which will partially counterbalance Asian demand growth, but aluminum is almost uniquely sensitive to power costs as on average one third of the final ingot price is down to electricity. China is particularly at risk as the country has invested heavily in smelter capacity, currently 12.5 million tons per annum, on the back of historically cheap power. With power costs rising on the back of oil, gas increases, and most importantly thermal coal increases, many of these smelters could be marginal as the latest price rises feed through this year.

If capacity is idled and China becomes a net importer, the availability of metal on the world stage will change from the current comfortable balance to dwindling stocks in short order. It’s the risk which is giving aluminum its support.