Plutonium-238: Chronic Supply Risks for the US' Most Strategic Metallic Isotope

Eight pounds of plutonium-238 are set to go up into space with NASA’s next Mars mission, according to an NPR story. That may not sound like much, but these days, it’s a crucial amount. Even though the space fuel made of Pu-238 one of the five main plutonium isotopes has been powering NASA’s robotic missions for more than 30 years, the plutonium-238 supply faces a drastic shortage.

NPR quotes Len Dudzinski, the program executive for radioisotope power systems at NASA headquarters, saying that NASA doesn’t really know the exact US supply inventory of plutonium-238: “The Department of Energy knows the exact amount of plutonium that we have, and they don’t ordinarily share that number publicly.” The US DOE used to source its Pu-238 from the Savannah River Site K reactor in South Carolina, before it was taken offline in the 1980s. Lately, they’ve bought from Russia. According to a document from the Idaho National Laboratory cited by Wikipedia, the US has bought a total of 16.5 kilograms of Pu-238 so far.

According to the NPR story, Russia’s supply, which has mainly been the US’ source of Pu-238, has been drying up lately. (Or at least Russia’s willingness to sell it to the US; although DOE documents note that Russia no longer produces plutonium-238.) Either way, there is only enough Pu-238 for NASA’s deep-space missions to last through 2022. There are no known substitutes for what this isotope can do in space effectively convert heat to electricity. It’s also used for power generation in satellites.

Funding for domestic production of the fuel has spurred debate between Congress, the DOE and NASA. Even if production representing significant-enough capacity were started today, it would take at least five years to get enough material for one spacecraft, according to Bethany Johns, a public policy expert with the American Astronomical Society. Others estimate eight years of production to achieve the 11 pounds needed for NASA’s yearly quota. Evidently, only the Idaho National Laboratory in Idaho Falls and the Oak Ridge National Laboratory in Oak Ridge, Tennessee, which employ specific reactors that support fabrication, irradiation and recovery of neptunium-237 or americium targets, are capable of producing Pu-238 in the United States. The DOE runs both facilities. 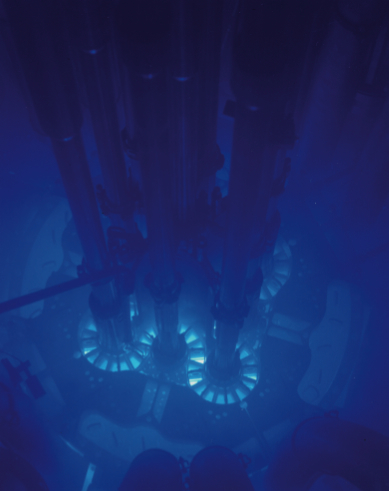 This Advanced Test Reactor (ATR) is one of two in the US that supports Pu-238 production. Source: US Department of Energy

Back to the issue of strategic supply: does the shortage of plutonium-238 really pose a risk to national security as the shortage of some other metals would (such as rare earths)? It depends on which side of the space exploration argument one is on. Some argue that staying at the forefront of deep-space exploration is vital to US strategic interests; but others cannot justify spending the millions of dollars for upkeep of what they see as a “dated endeavor, starting with the expensive irradiation and recovery process. In early September 2011, Congress shot down a $15 million funding request for Pu-238 production, giving no reason.

Given the tight niche of this particular isotope’s uses, who knows how or even if shortages will impact our national security down the line. But if we should look at rare earth metals as strategic to the US economy, we should also consider the resourceful institutions we’ve built up domestically (e.g. NASA) as vital to the US’ future interests.