We are fans of robots here at MetalMiner. From the nimble small ones to the sizeable giants, we appreciate the skill – and metal – it takes to create these sci-fi creatures.

That being said, when we stumbled upon this blast-from-the-past machine from John Deere, we were a little excited: 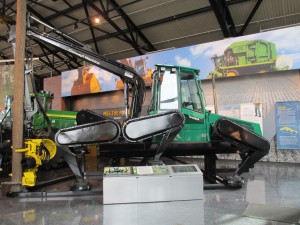 Manufactured back in 1994 by John Deere’s research and development unit in Finland, this walking forest machine was the first prototype of its kind – and quite a fearsome thing to behold. According to a recent John Deere news release, the machine was “the first to be equipped with a harvesting head and accumulated approximately 2,000 working hours during testing. Sensors in the machine’s legs reacted automatically to soft, sloping, or uneven terrain, while a computer control system distributed weight and support equally to all six legs. The machine simply walked over obstacles that crossed its path, and the machine operator was able to adjust the ground clearance and height of every step.” 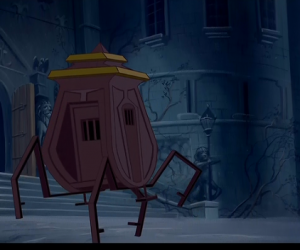 Did the creepy, walking coach in Beauty and the Beast inspire the John Deere Team? Image source: where-there-had-been-darkness.blogspot.com

Why is it so important to the company?

More than just being the first of its kind, the machine “[paved] the way for future developments in productive and environmentally friendly machines.” In a few examples given by the release, “the automation and stability system technology used in developing the concept underwent further development and is now applied in all of John Deere’s forest equipment. Due to progressive development work on the control systems, hydraulics and transmission, modern John Deere harvesters cause less burden on the terrain.”

If you are interested in viewing this lean, green, fighting machine, feel free to visit the John Deere Pavilion in Moline, IL. Also on display is the John Deere 643K Wheeled Feller Buncher (pictured below). 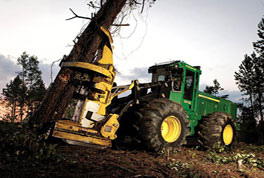