There is no hint that China’s support for what they see as a strategic industry is failing. 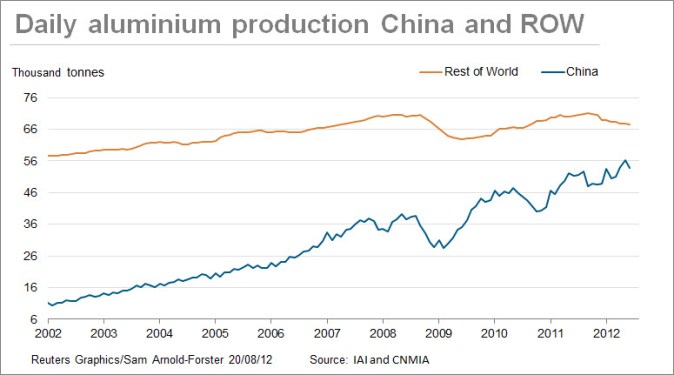 But the strong physical premiums paid largely as a result of the aluminum financing model pursued by banks, large traders and hedge funds have cushioned the pain of low prices for many producers.

As we have written recently, physical premiums just about everywhere are either at or close to record highs.

According to Reuters, analysts at Barclays Capital say that even assuming an individual smelter only receives part (say 50 percent) of the realized premium, that would still be enough to pull 3.4 million tons of a price-challenged 10.5 million tons of global capacity back into positive margin territory.

So what can we conclude from this stalemate?

The probability is that recent cuts in China are going to be reversed within a month or so. Major cutbacks in the West are not going to happen this year in spite of hints made by Russian producer Rusal, and weakness in the aluminum price will remain into 2013.

Recently the cash price fell below $1,800 per ton, and from what we have seen of late, that’s where it could well stay.