The Case for Antimony Mining in Turkey 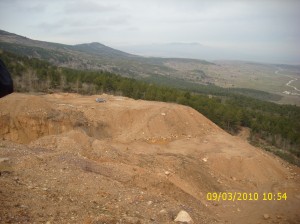 As of even 100 years ago, Turkey has had operating antimony mines. Today, five to six working mines and at least three to four new developers are in existence. Besides this, Turkey has even more potential that we are not developing yet.

A lack of venture capital and equity financing system in Turkey forces companies to develop mining projects with their own capabilities. Turkish mining companies generally prefer easy projects like chrome, which offers them some return in the very short term, because chrome mining doesn’t require huge investment and high-grade ores are marketable as they are excavated without any further process.

Foreign companies who have ability to reach venture capital markets and stock exchanges generally prefer gold projects, as they are more attractive for their investors. Because of these reasons, except for a couple of antimony projects, the majority of projects is still under development and operated artisanally.

To conclude, future development of potential antimony claims is tied to limited resources and problems in existing producing countries, which increase the importance of antimony mining — it is very likely we’ll see some peaks in the antimony market, and by extension, antimony prices.

As any investor knows, when the market is already at its peak, it will be a bit too late to invest in antimony. Considering antimony’s vast market potential, and Turkey’s ripe but undeveloped sources, world-class projects could — and should — be easily developed in Turkey.