Welcoming Pierre Mitchell to the Team

From the executive editor of MetalMiner’s sister site Spend Matters: 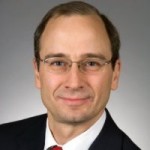 In the early 2000s, Pierre was the first supply chain practitioner to become a procurement “industry analyst” as the VP of supply management research at AMR Research (now part of the Gartner Group). Here, he provided trusted counsel to procurement executives, business leadership, IT, and the solution providers who serve them.

Rumor has it he taught Bruce Richardson everything he knows about holding forth at swanky hotel bars until the wee hours of the morning. Or was it the other way around…?

Seriously, Pierre became known for straight talk as an analyst, even after staying out late at the Phoenician during the annual AMR event. During a comparative evaluation process of sourcing tools (I was at FreeMarkets at the time), I remember Pierre dinged our solution pretty hard. Even though we were substantial clients, he had no qualms about putting us among the losers (which at the time, from a functional software standpoint, we were, despite the spin we tried to put on the situation).

I fought hard to no avail – including threatening to kill our AMR budget – analyst relations hardball stuff that’s all too common. But to no avail. Pierre stuck to his (correct) guns.

I’ve come to view Pierre as the one true procurement technology expert throughout my career. But he’s branched out far beyond just analyzing solutions and pontificating on the future of the market.

Most recently, he was the head of procurement research and adjunct business advisor at The Hackett Group, where he helped expand Hackett’s procurement benchmarks and research studies while growing the Procurement Executive Advisory Program into a gold standard membership-based service.

Pierre brings over 25 years of procurement and supply chain industry and consulting experience. Prior to his positions in research and advisory, he led numerous operations and systems transformations at Fortune 500 organizations. Industry positions include manufacturing project manager at The Timberland Company, materials manager at Krupp Companies, and engineer at EG&G Torque Systems.

He holds an engineering degree from Southern Methodist University and an MBA from the University of Chicago.

Please join me in giving Pierre a warm welcome to MetalMiner and Spend Matters.