The CIVETS (no, we’re not shouting the name of the small, lithe-bodied, mostly nocturnal mammals native to tropical Asia and Africa endowed with fertile dung; rather we’re talking about the countries) will lead the world’s GDP growth moving forward. (Catch up with Part One of this article.)

Indeed, the BRICs are having trouble. The Economist Intelligence Unit (EIU) points out Russia’s share of global growth is slowing and may soon be overtaken by Brazil, as we see in the following graph. 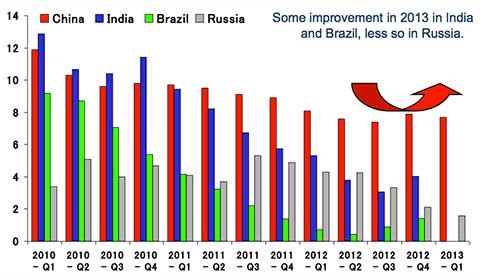 Many emerging markets are highly dependent on exports and Europe’s slowdown has hit them hard. EU import demand dropped 4% in 2012 and nearly 5% year-on- year in Q1 of 2013, with little expectation of a return to widespread growth before later in 2014. 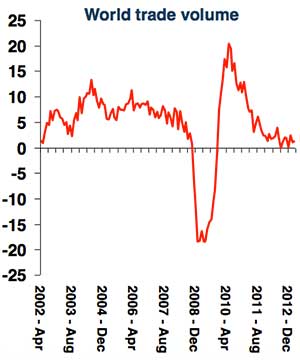 Internal consumption is not just rising in emerging markets, but becoming a more important source of global growth. As relative wealth increases, consumers in emerging markets are becoming increasingly significant as this graph of retail sales measured in millions of US dollars shows: 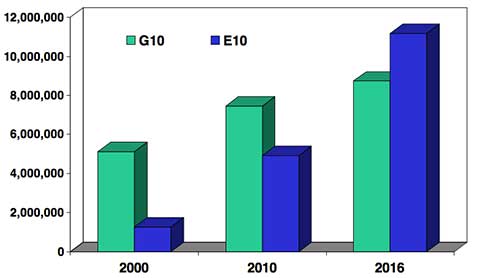 So What’s the Takeaway?

Taking the EIU’s report at face value, it suggests that while the commodities supercycle as we knew it in the last decade may largely be over, demand will continue to grow for commodities, albeit not at such a frenetic pace.

It will be more widespread than just the BRICs leading the way, which is, for a number of reasons, a good thing, creating opportunities and reducing poverty around the world.

For metals markets, it will change dynamics of supply and demand as current producers consume more of their own raw materials, bringing a new set of challenges in predicting prices for consumers.